'Not a snowball's chance in Hell': MSNBC analyst delivers devastating news on the filibuster 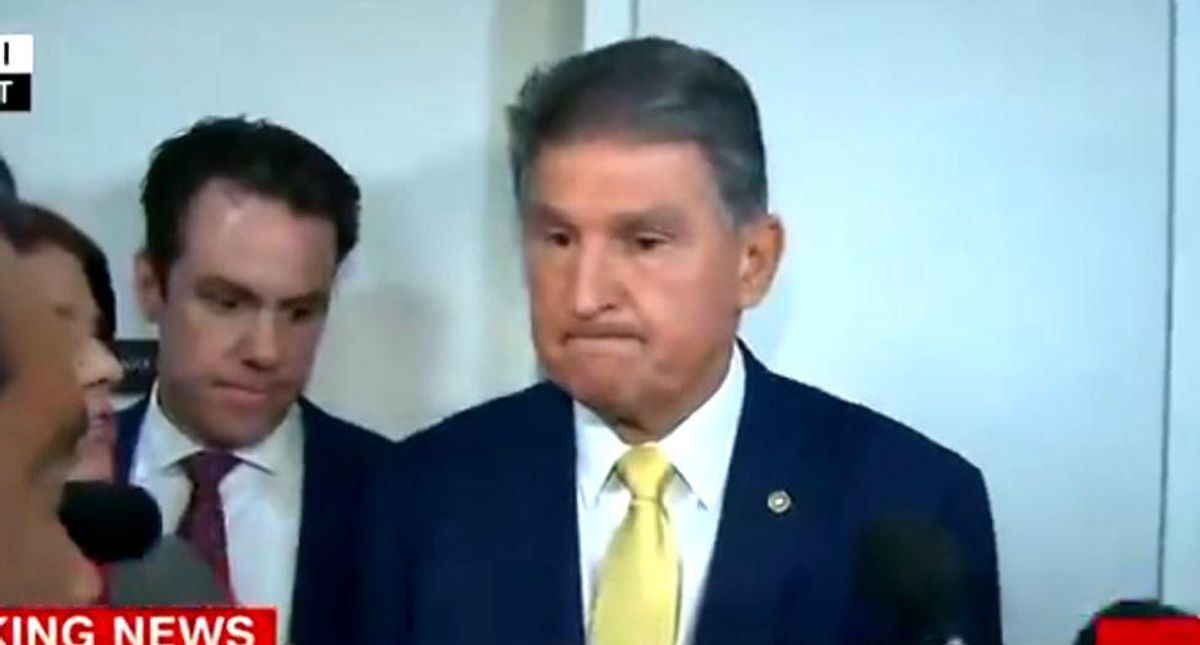 Jake Sherman, one of the top reporters on Capitol Hill right now, strongly disagreed with former GOP strategist Matthew Dowd's optimistic take on Joe Manchin and the filibuster, telling MSNBC viewers Monday the West Virginia Senator is not the only Democrat who will refuse to end the 60-vote margin that is crippling democracy right now.

Dowd's claim is that Senator Joe Manchin is taking the heat for several Senate Democrats who do not want to eliminate the filibuster, but if he moved to support ending it, they would move with him.

"Not a snowball's chance in hell," Jake Sherman, an MSNBC political analyst and the co-founder of Punchbowl News, told Dowd.

"I mean I can tell you from spending five days a week up here that there's no chance that those that, that if Joe Manchin came out – by the way, Joe Manchin's not going to come out against the filibuster, just like I'm not going to fly back to my office, just because I want to," Sherman, fighting to contain himself, told Dowd, as former U.S. Senator Claire McCaskill (D-MO) looked on, agreeing with Sherman.

Sherman has what many progressives and pro-democracy Americans will see as depressing news.

"And by the way, there are a lot of Democratic senators who don't want to do this, and who are, like, just if Joe Manchin somehow folded – which is again not going to happen ever – those senators would still find a way to not be forced to not want to blow up the filibuster," Sherman added, concluding that "the filibuster is nowhere close to being gone."

Later, Dowd declared, "Well then, we're no longer a democracy. We have to just say it. We're not a democracy."