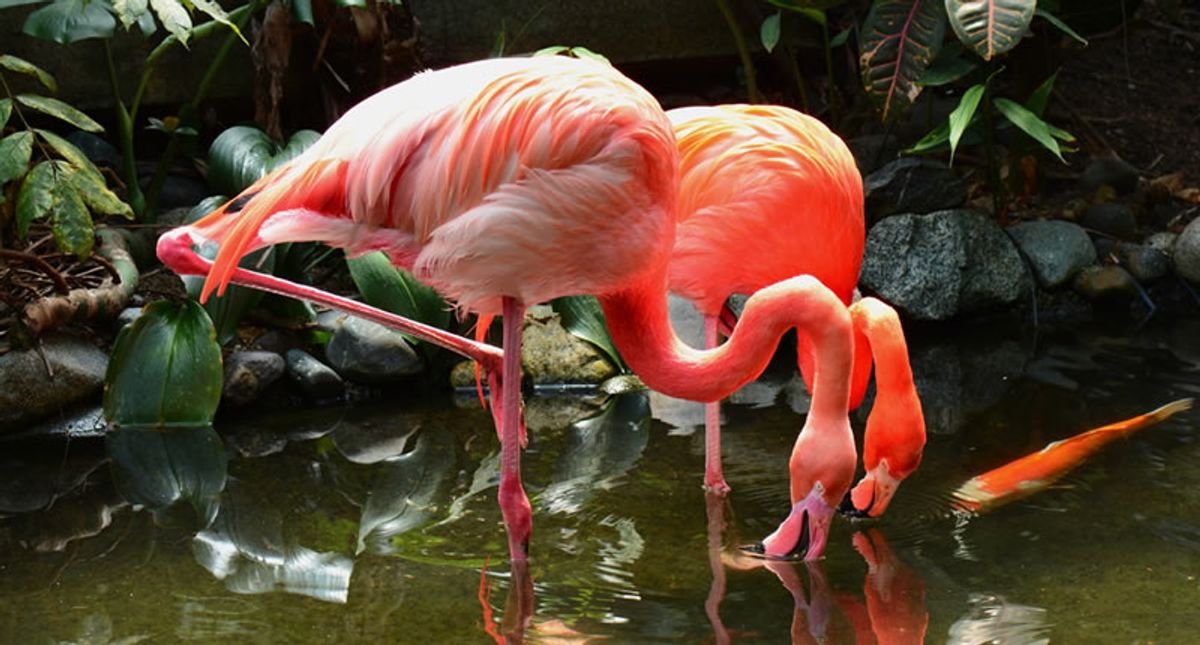 On a country road that the locals have dubbed 'Flamingo Street' Stavros Kalpakis walks alongside the tall reeds of Agios Mamas, a small northern Greek lagoon, peering through binoculars.

The grizzled environmentalist puts on his waterproof waders and boots and steps into knee-deep water. When he returns moments later, he is holding a dead pink flamingo -- one of dozens found in the area in recent weeks, killed by lead poisoning.

Around 50 of the majestic pink birds are known to have died so far in the small lagoon in Greece's northern Halkidiki peninsula some 580 kilometers (360 miles) north of Athens, Kalpakis, head of the Action for Wildlife organization, tells AFP.

Of nearly a dozen flamingos retrieved by the group for medical attention, none could be saved.

"Flamingos eat small pebbles to help with digestion, and they are eating the shrapnel from bullets... it's giving them lead poisoning," says Ellie Bridgeman, a 20-year-old volunteer working with the group.

Tests confirmed that the cause of death was lead poisoning, which also threatens humans, said Sofia Prousali, one of the organisation's volunteer vets.

"We ran tests for avian flu and the West Nile virus and they all came back negative," Prousali said.

"All the birds that had these symptoms were found to have pellets in their stomachs," she said, adding that there were likely other dead birds hidden in the lush vegetation that have not been recovered.

Agios Mamas is one of Europe's Natura 2000 wildlife diversity regions, and is home to nearly 60 different bird species.

Even more importantly, flamingos were recorded breeding here last year, the first time this has ever happened in Greece.

"Prior efforts failed, mainly because of human interference with flamingo colonies," says Anna Panagiotou, head of the management authority for protected areas in the broader Thermaic Gulf.

"It would be truly disappointing if such a positive development was thwarted by the insistence of some of our fellow citizens in flouting environmental regulations," she adds.

The use of lead shot in wetlands has been illegal in Greece since 2013, and the EU in November said it would ban its use in all wetlands under its framework regulation for chemicals.

According to the European Commission, every year 4,000 to 5,000 tonnes of lead are released into wetlands around the bloc from lead gunshot.

For their part, the local Greek hunting association says the issue is being unfairly exploited in order to justify restrictions against them.

"We have strong indications that the case of the dead flamingos, regardless of its validity, is used for anti-hunting aims," the hunting association of Macedonia and Thrace said in a recent statement.

But Quentin, a 22-year-old French volunteer, says he has heard gunshots in the area.

"Even though hunting was forbidden under coronavirus restrictions, we would still hear shots from poachers. It's unbelievable."