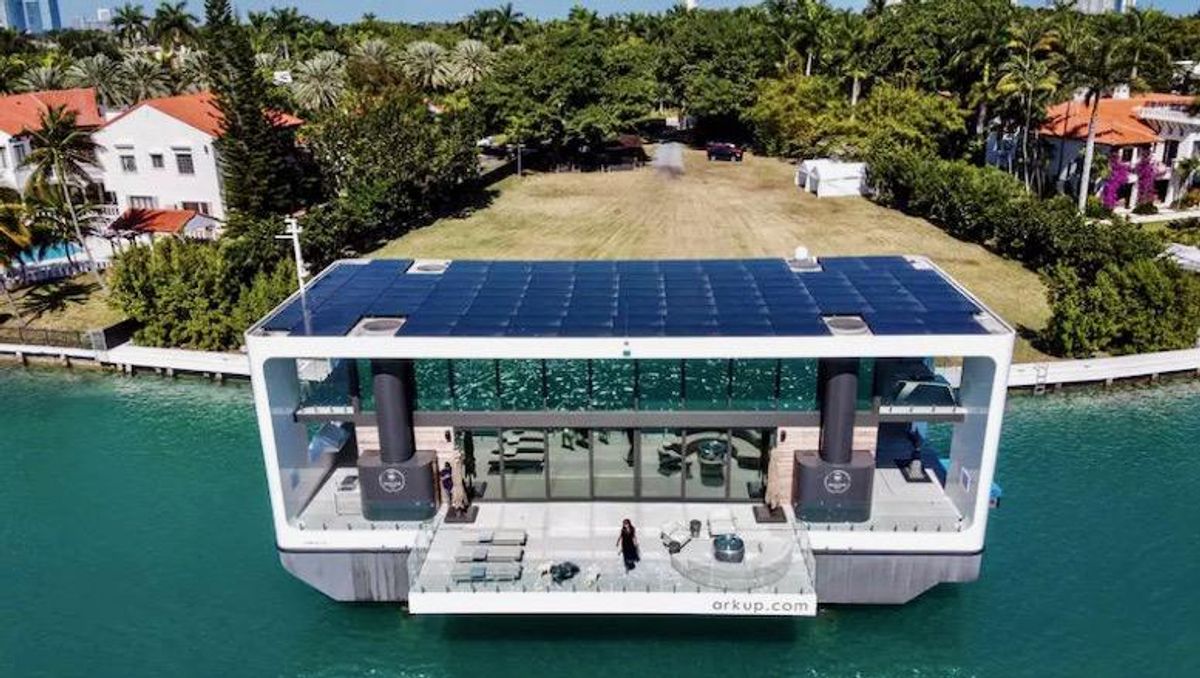 The Arkup luxury floating villa docked at Star Island in Miami Beach, Florida, on February 5, 2021. It costs $5.5 million and fits in with the rising sea levels that are threatening Florida CHANDAN KHANNA AFP

"We must continue to focus on restoration, preservation and protection of this sacred space," she told a news conference.

"And so we will be together investing billions of dollars... in our infrastructure so that we can lift this community and others that are so affected by sea level rise," she added.

She cited "adaptation action areas" as a first priority to be studied, which would include raising low-lying roads, and waterproofing and converting southern Florida's widely used septic tanks into sewage systems.

The area, with extensive wetlands and sitting on porous stone that acts like a sponge, makes the state one of the most at risk from rising sea levels.

The problem is so visible that, during the summer rainy season, it is common to see Miamians kayaking along flooded avenues and cars sunk up to their windows.

The city of Miami Beach -- which is part of Miami-Dade County -- invested millions of dollars in raising the level of many of its streets in 2016.

And some private entrepreneurs have proposed creative, if expensive, ways to adapt to the challenge.

For example, Miami residents are used to seeing a houseboat that often docks near the port, although it has also appeared in other waters around Biscayne Bay.

It is valued at $5.5 million and adjusts to rising sea levels.

"It looks like a house, but technically it's a boat," said Nicolas Derouin, co-founder and managing director of Arkup, the Miami-based company that created this floating "villa" with a drop-down terrace over the sea.

The house, covered with a roof of solar panels, remains stable thanks to four hydraulic pillars that fix it to an underwater bed.

The Environmental Protection Agency says the sea level could rise by 30am to 120 cm over the coming century.