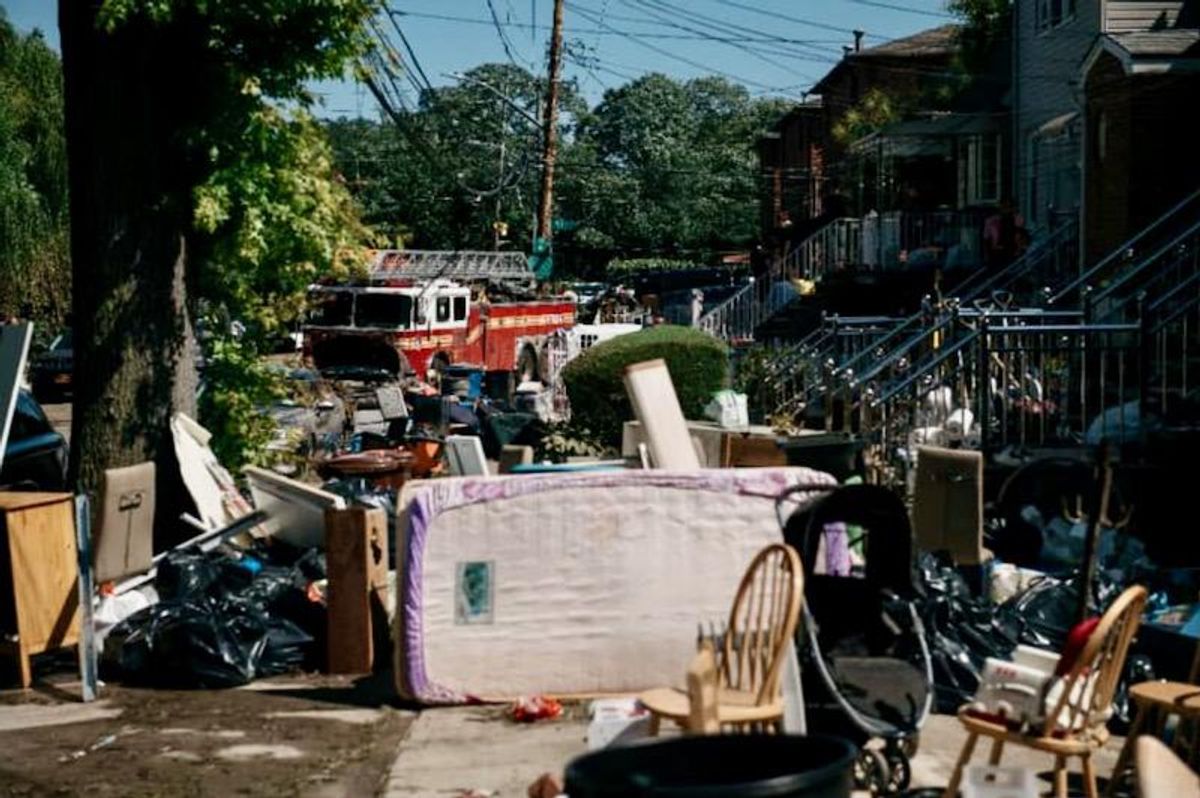 The deaths of almost a dozen New Yorkers who could not escape their homes during flash flooding has exposed the perils of living in the city's often-dangerous basements.

With rents in the Big Apple among the most expensive in the world, below-ground units offer an affordable option for many low-income residents.

Of the 13 people killed in New York City, 11 were found dead in basements, police said, as rapidly rising water levels left them with no way out.

The deaths highlight how the effects of climate change are disproportionately impacting the poor.

"Among the people MOST at risk during flash floods here are those living in off-the-books basement dwellings that don't meet the safety codes necessary to save lives," lawmaker Alexandria Ocasio-Cortez tweeted.

"These are working class, immigrant, and low-income people & families," she added.

Although it is not yet known whether those who died lived in illegal basements, the tragedy has renewed attention about the issue.

The New York Times reported that an 86-year-old woman found dead at home in Queens lived in a building where there had been complaints about illegal basements.

Another victim was a 66-year-old man, originally from Ecuador, who died in a windowless bedroom in Brooklyn, the newspaper said.

A 2008 study by the Pratt Center for Community Development found that 114,000 New Yorkers lived in illegal basement apartments but researchers say the number is now likely to be much higher.

"The problem is that because these spaces are illegal, because there are big fines associated with them, because the tenants need the space, the homeowners need the income, no one wants to talk about it," said Rebekah Morris, who leads basement legalization work at Pratt, told AFP.

"So it's very, very difficult to assess what the actual numbers are but we know anecdotally that it's very high," she added.

The problem is becoming more acute as New York's population grows but adequate housing fails to keep up.

Over the past decade, the city added 629,000 people, bringing its population to more than 8.8 million, according to US census data released last month.

All but one death in this week's storm occurred in the borough of Queens, which has a high immigrant population, including many undocumented workers from Central and South America.

Morris said basement units are "a key piece of the housing ecosystem" among immigrant communities, essential workers and older residents, who cannot afford to stay elsewhere.

"There's such a big crisis here. We don't have enough housing. And so people rent where they can't get a roof over their head, which puts them in danger," said Morris.

"There does have to be some accountability for the property owners who cut up apartments illegally," Nicole Gelinas, urban economics expert at the Manhattan Institute think-tank, told AFP.

But activists also say that basement apartments are part of the solution to New York's housing problems.

It's not basement units per se that are problematic but illegal ones that don't meet basic safety requirements such as suitable emergency exit routes, they say.

The Pratt Center is part of a coalition of groups trying to help increase the number of legally-recognized below-ground units under a campaign called BASE, which stands for Basement Apartments Safe for Everyone.

They estimate that there is the potential for the creation of 200,000 safe and affordable basement apartments to boost New York's housing stock.

"We need a plan to evacuate folks who live in basements when we have extreme rain and flooding, he told MSNBC, announcing he would set up a task force to study the issue.