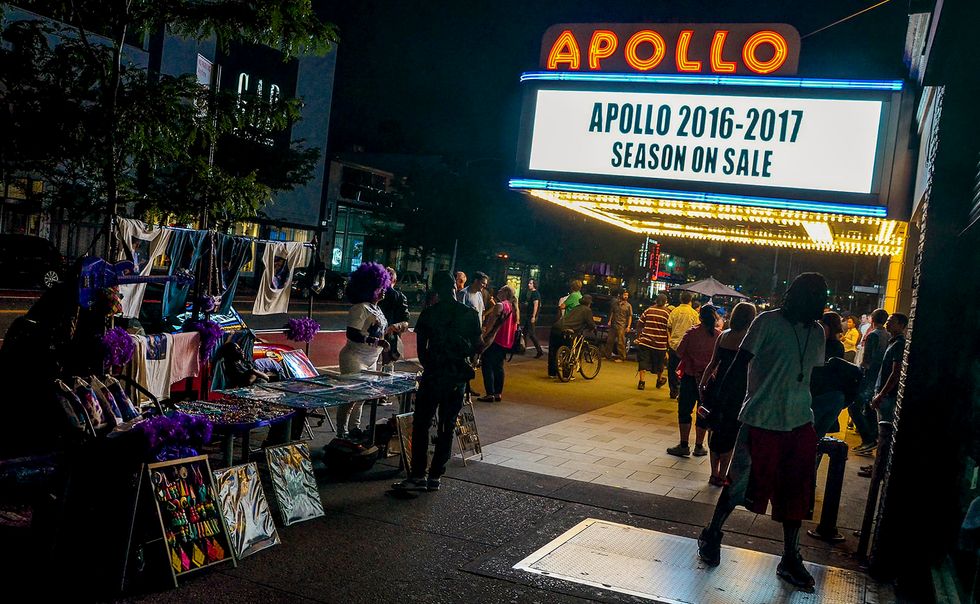 The Apollo Theater, which dates to the 1930 s and gave Ella Fitzgerald her start, is a fixture on 125th Street in Harlem. - Chris Reynolds/Los Angeles Times/TNS