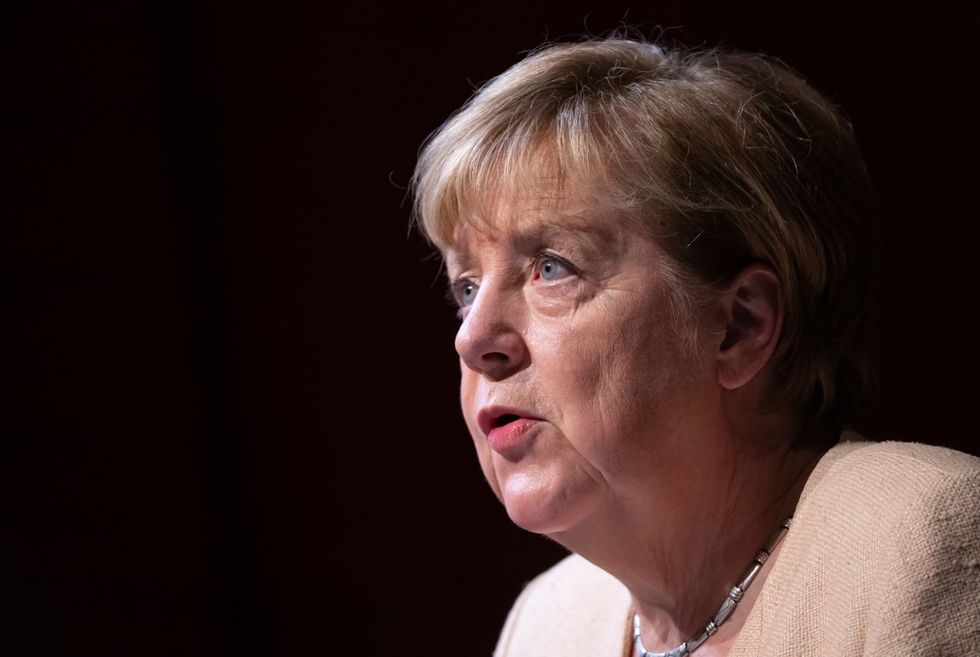 Former German Chancellor Angela Merkel attends a ceremony marking the 77th anniversary of the Sueddeutsche Zeitung. Merkel has admitted there were failures in her policy towards Russia. during an interview with the weekly newspaper Die Zeit that will be released on Thursday. Sven Hoppe/Deutsche Presse-Agentur GmbH/dpa

Merkel's comments referred to the Russian occupation of the Ukrainian peninsula of Crimea in 2014, when NATO states had agreed to spend 2% of their gross domestic product on defence.

"Germany has increased its NATO defence spending, but has still not reached the 2% target," Merkel said, "and even I did not make a fiery speech in favour of it every day."

The ex-chancellor said that she does not, however, regret her support for the construction of the German-Russian Nord Stream 2 natural gas pipeline.

A ban on the project would have "dangerously worsened" the relationship with Russia, Merkel said.

Moreover, she said, Germany's dependence on Russian gas was not solely a result of the joint pipeline project.

She said the over-reliance was primarily down to too little gas being supplied by Norway, Britain and the Netherlands.