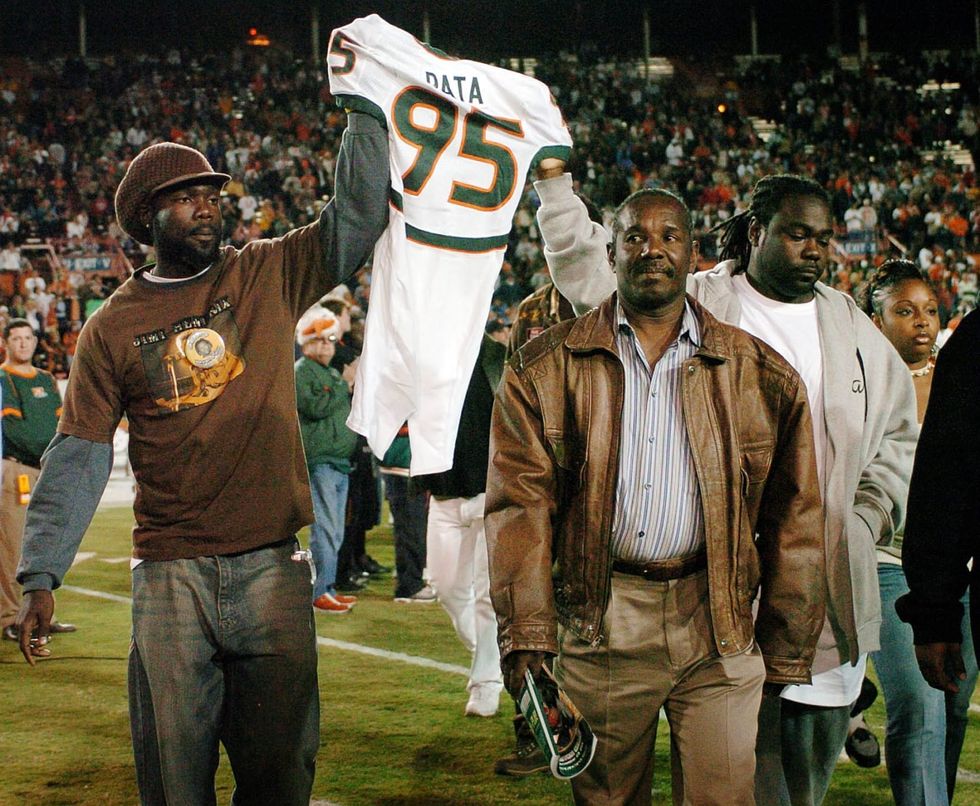 The family of Bryan Pata carry his jersey during senior player ceremonies prior to the start of a game between the University of Miami and Boston College at The Orange Bowl in 2006.. - Robert Duyos/TNS

MIAMI — The former University of Miami football player accused of murdering star defensive lineman Bryan Pata pleaded not guilty Friday, as prosecutors formally filed a charge of second-degree murder with a weapon. Rashaun Jones, 35, is accused of fatally shooting Bryan Pata in November 2006 outside a Kendall apartment complex. Even though homicide detectives long suspected Jones, it took almost 15 years for detectives to arrest him. Jones was originally arrested on a first-degree murder count, and could still face the charge. To secure an indictment for first-degree murder, prosecutors would ...