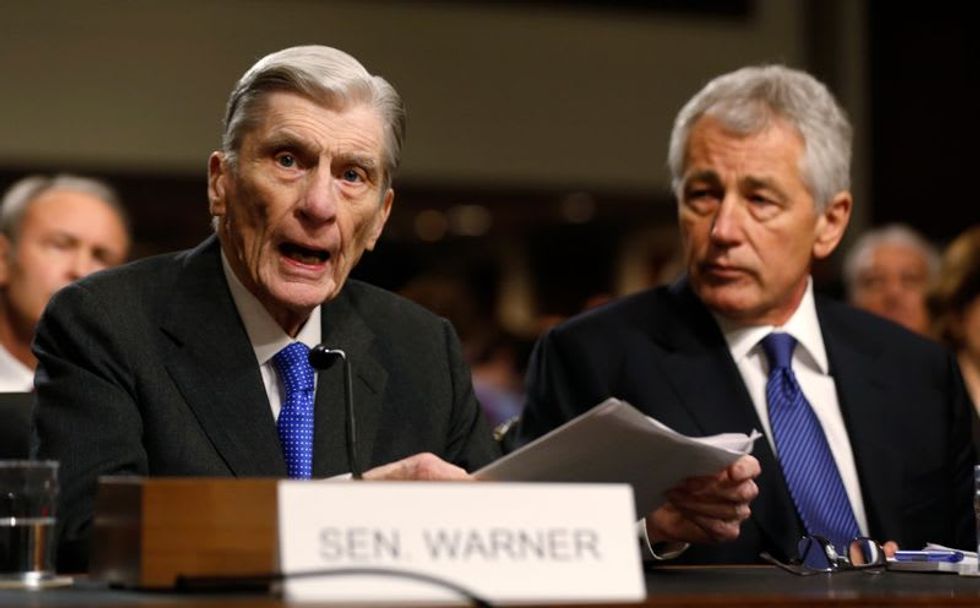 WASHINGTON (Reuters) - John Warner, a Republican from Virginia who served three decades in the U.S. Senate, has died of heart failure at age 94, according to media reports on Wednesday.

Warner died on Tuesday night with his wife and daughter at his side, his longtime chief of staff Susan Magill said in an email to family and friends, Politico reported. The Washington Post said he died in Alexandria, Virginia.

Warner was an influential voice in Congress on military policy and served in the U.S. Senate for five terms from 1979 to 2009.

A former chairman of the Senate Armed Services Committee, Warner openly criticized President George W. Bush's handling of the Iraq War and called on him in 2007 to begin withdrawing American troops from Iraq.

The decision put Warner in the center of a growing debate in Congress over the conflict. Warner spent months trying to develop an approach to U.S. policy in Iraq supported by Republicans and Democrats.

During his time in office, Warner clashed with fellow Republican senators, voting in some cases for government funding of abortions and supporting some gun control measures. In 1994, he refused to support the conservative Republican candidate for Senate, Oliver North.

Warner, who enlisted in the Navy during World War II at the age of 17, also served in the Marine Corps in Korea. He was secretary of the Navy from 1972-74 in President Richard Nixon's administration.

He was the sixth husband of actress Elizabeth Taylor.