Fox News furious Biden wasn’t pouring praise on Trump: ‘Every time he has a chance – he kicks ‘em in the groin’ 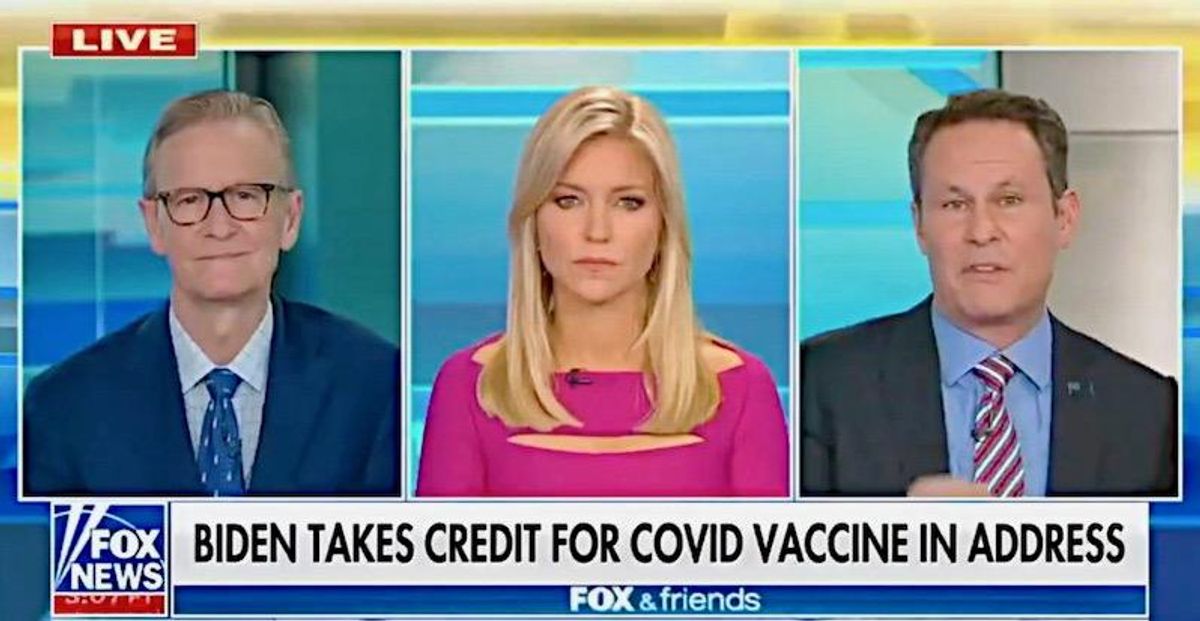 Fox News' Brian Kilmeade expressed anger and upset Friday morning while attacking President Joe Biden for not pouring praise on his predecessor but kicking him "in the groin," while delivering his first address to the nation Thursday night.

"We don't need to go over the 500,000 dead, we had that moment. Let's talk about the future moving forward. Every time he has a chance to praise the previous administration, he not only doesn't praise, he kicks 'em in the groin," the "Fox & Friends" host complained, misrepresenting the number of Americans who have died from the coronavirus. The real number is about 540,000.

As most Americans experienced, practically every news conference from practically every Trump administration official began with or included strong criticism of the Obama administration. President Trump criticized his predecessor on a regular basis, and made up lies blaming him for a wide variety of problems that were actually created by his own administration. In fact, Voice of America, the independent international news agency funded by Congress reported that through the end of August 2019 Trump tweeted criticism of Obama 246 times. (Other examples here, here, and here. Many more exist.)

Kilmeade went on to attack Biden for what he called trying to unify the country, which to conservatives means praising Trump and enacting his policies.

Even the Fox News chyron was false.

In reality, Biden's speech is actually being praised for his efforts to unite the nation. Here are just a few examples: