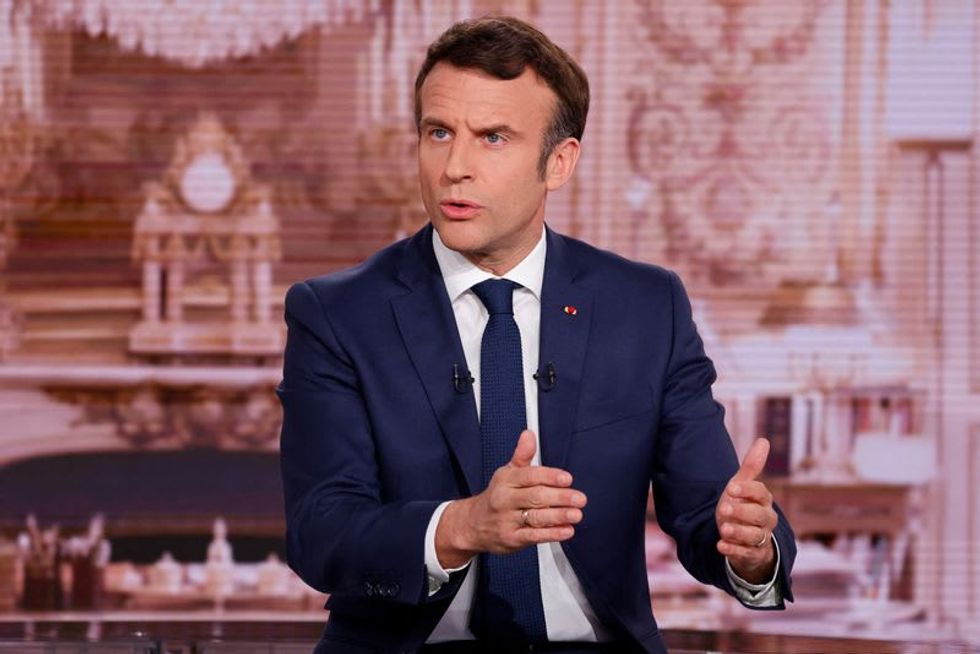 PARIS (Reuters) - Far-right parties play on the fears of French voters, said President Emmanuel Macron in his last slated interview ahead of the first round presidential vote on Sunday as his forecast lead over far-right candidate Marine Le Pen melted to previously unseen levels on Friday. In his last scheduled interview ahead of Sunday's vote, with online news outlet Brut, Macron said he had not succeeded in turning French people away from extremist views. (Reporting by Tassilo Hummel; Editing by Chris Reese)