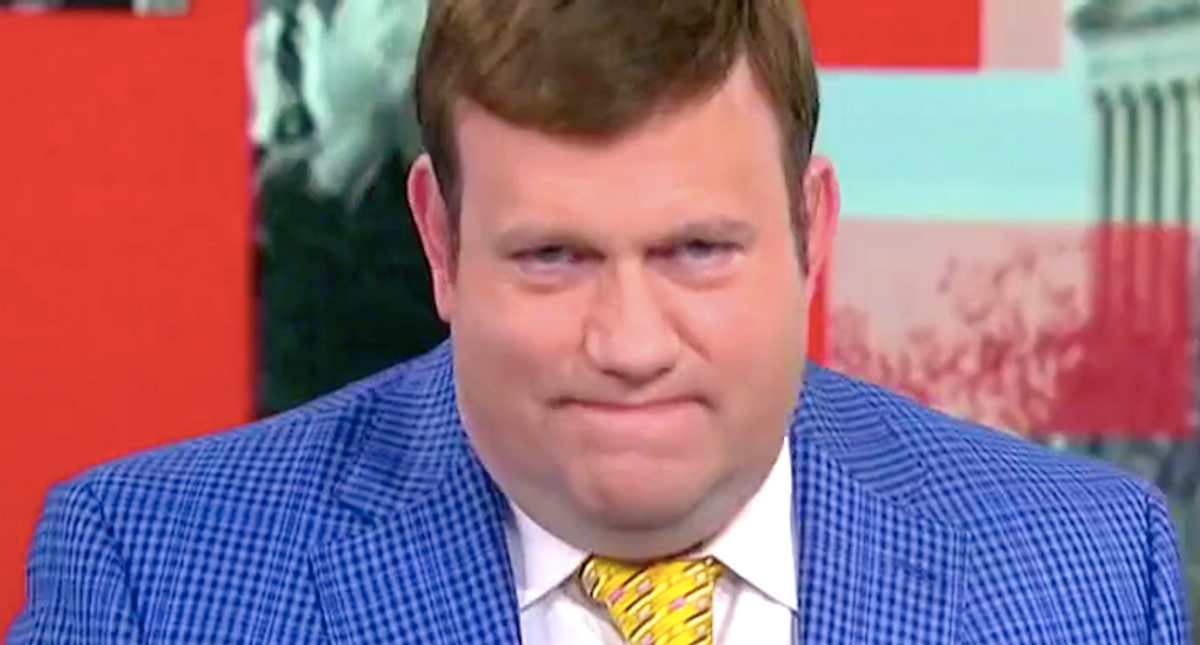 Millions of Americans have seen supposed public service announcements, or PSAs, featuring 13 Republican House members who are up for re-election in 2022, which were made at no cost to those members on the recommendation of pollster Frank Luntz and the instruction of House Minority Leader Kevin McCarthy, all while Luntz was providing below-market housing to McCarthy in the pollster's luxurious Washington condo.

The No. 1 takeaway of Frank Luntz's March 2021 focus group on vaccine hesitancy was that "Politicians are ineffective messengers — the mistrust of government and political leaders is significant. Participants said they would be much more receptive to their personal doctor's recommendation over any politician or government agency, including President Trump."

Luntz was seemingly adamant that the nation needed to get politics out of vaccine messaging. 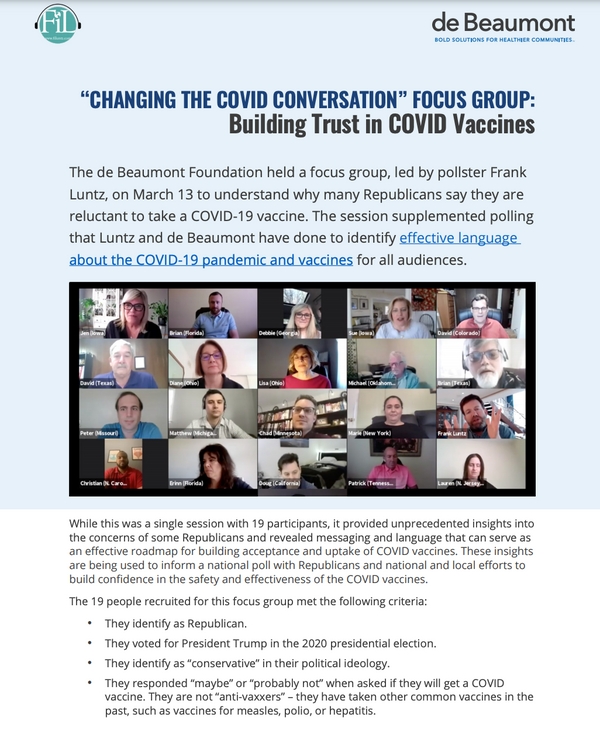 Yet Luntz recommended that his nonprofit client, the de Beaumont Foundation, partner with a previously unknown political grouping called the "GOP Doctors Caucus" to produce and air ads featuring 13 of the caucus's 18 members, ostensibly as PSAs. The caucus consists of Republican medical professionals who are also members of Congress, and by definition all up for re-election next year. The Washington Post reported, "Drawing on lessons from the focus groups and accompanying surveys; the de Beaumont Foundation worked with the GOP Doctors Caucus on a series of digital PSAs that lean on the lawmakers' medical credentials."

The head of the Doctors Caucus, Rep. Brad Wenstrup an Ohio podiatrist, told Medical Economics, "Frank had some sort of connection with the de Beaumont Foundation who said, 'Let's get the message out from a group of Republican physicians in Congress.' They'd wanted to put together a PSA that they would produce and distribute."

It turns out that Republican leadership, including McCarthy, who was living in Luntz's 7,000 penthouse apartment when the focus group was held and the PSA's were made, approached the Doctors Caucus and asked its members to be "deeply engaged" on the Luntz/de Beaumont project.

In the Medical Economics interview, Wenstrup was asked if anyone thought the PSAs were inappropriate. He said no and added that "our leadership on the Republican side came to us (the Doctors Caucus) and said I really want you all to be deeply engaged with this."

Wenstrup added, "When we filmed it, we all filmed one for ourselves that we could push out to our districts, then we had one that combined us all and was more for a national audience." The ads were online in April, and ABC News reported they were seen by "millions of Americans."

Kevin McCarthy's offices did not return a Salon request for comment on the matter.