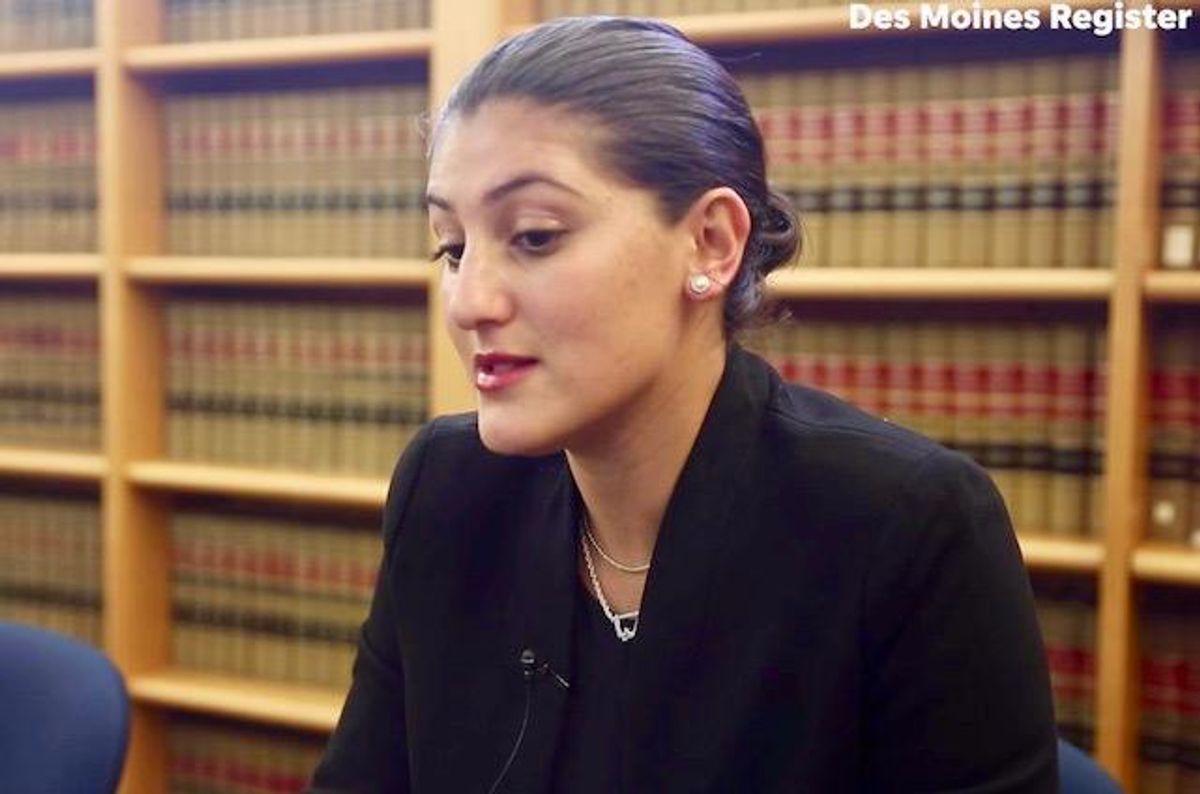 Does the freedom to inform stop during a police operation? The US trial of a journalist arrested during an anti-racism protest has reopened the debate on freedom of the press and media-police relations.

Andrea Sahouri, a journalist at the daily Des Moines Register, was found not guilty Wednesday on charges of "failure to disperse" and "interference with official acts," after a three-day-long trial in the capital city of the northern state of Iowa.

The decision was hailed by press advocacy organizations. Columbia University, from which Sahouri graduated, had launched a digital campaign with the hashtag "JournalismIsNotACrime."

While welcoming the trial's outcome, the executive director of the Freedom of the Press Foundation, Trevor Timm, slammed the "disgraceful use of prosecutorial resources and an assault on fundamental principles of press freedom."

On May 31, 2020, Sahouri was covering a protest against racism and police brutality in Des Moines when she was pepper sprayed by an officer trying to disperse the crowd.

The officer then arrested her, saying she had not obeyed his orders.

The country had been rocked for days by a historic wave of anger after the death of George Floyd, a Black man who suffocated when white police officer Derek Chauvin knelt on his neck for nearly nine minutes.

Chauvin has since Tuesday been on trial in Minneapolis.

During her trial, Sahouri said she had not participated in the protest and that she had identified herself as a journalist multiple times -- a fact disputed by the police officer, whose body camera wasn't working.

Her defense lawyer, Nicholas Klinefeldt, argued that "just as the police were doing their job that night, protecting property, managing the crowd, Ms. Sahouri was there doing her job... reporting on the protest... so that the community can see what's going on."

In 2020, at least 128 journalists were arrested and often were victims of violence while covering protests, according to the website US Press Freedom Tracker. Fourteen are facing charges.

"It's a series of affronts to the First Amendment" of the US Constitution, which guarantees freedom of the press, the Tracker's managing editor, Kirstin McCudden, told AFP.

"'Failure to disperse' is a charge that exists and (is) often brought against protesters. But it's unusual for journalists. They have an additional right to document for the public good," she said.

For Erika Guevara-Rosas, of Amnesty International, the charges against Sahouri "fit a disturbing pattern of abuses against journalists by police in the USA."

According to Michael Sierra-Arevalo, a sociology professor at the University of Texas at Austin, police officers tend to be distrustful of the press.

"There is a pervasive assumption that (the mainstream media) is biased against the police, is overly critical and focuses too much on the mistakes or misconduct of police officers," he told AFP.

He pointed out that police have a great deal of latitude in determining whether they are facing a threat, and in how they act.

An officer "can justify a lot of things if you can articulate that somebody poses a threat to you or you perceive they pose a threat," said Sierra-Arevalo, who specializes in police culture.

And not obeying an order or resisting either actively or passively could be interpreted as a threat, he added.

In Sahouri's case, "the officer has grounds to make the argument, 'She did not have a press pass, I can't believe people that just say they're press, and she did not obey my lawful order,'" explained Sierra-Arevalo.

Sahouri's trial was livestreamed from the Drake University law school in Des Moines, to serve as a case study for students.

McCudden hopes that the future lawyers watching "do not think that it is normal, and that they understand how unusual and egregious that is."