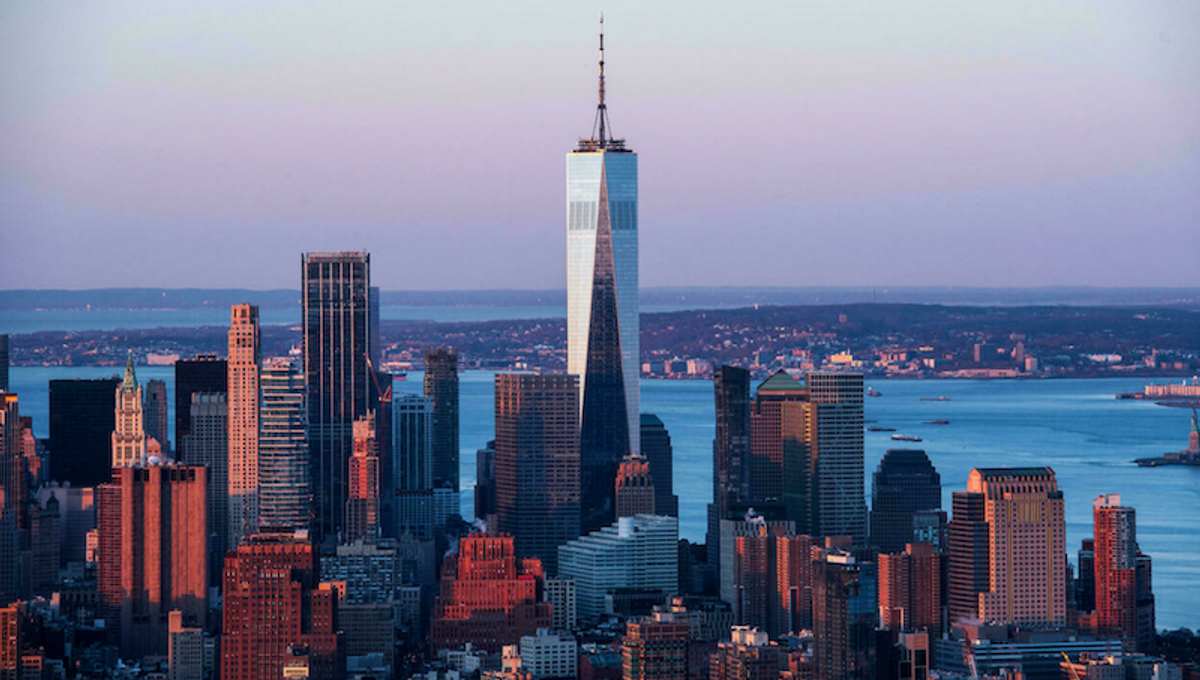 It is the skyscraper that replaced the Twin Towers in New York's skyline. Inaugurated in 2014, the One World Trade Center has become a symbol of resilience after the horror of 9/11.

Commonly referred to as the "Freedom Tower," it is America's tallest building at 1,776 feet (541 meters) and an emblem of the US economic capital.

From its conception, the tower had to testify to New York's durability -- looking to the future despite the tragedy -- according to one of its architects, Kenneth Lewis.

As harrowing as the images were of the Twin Towers collapsing to the ground on September 11, 2001, no one questioned replacing them with another skyscraper, situated right next to "Ground Zero."

For the architects at SOM, which builds skyscrapers around the world, it was an opportunity to realize concepts that they had been thinking about for years.

"We were thinking it's the beginning of the millennium, we were thinking that this had to be the next generation of buildings, both in terms of safety, as well as environmental impact," recalled Lewis. Among the most nightmarish images from 9/11 are those of people jumping to their deaths from the towers to escape the blaze.

The architects launched ideas about how to evacuate people other than from the stairs. Inventors came back with a giant chute, and a zip wire, with a parachutist demonstrating the latter, Lewis remembers.

"It was the scariest thing," he says. "We just couldn't imagine someone who might be a little bit overweight or a little bit afraid taking a jump out the window."

In the end, the only solution was to shield the heart of the building with reinforced concrete, "broad enough that people can get out of there," he explained. Construction of the One World Trade Center on April 20, 2012 MARK LENNIHAN POOL/AFP

The architects implemented safety standards on One WTC that have since become standard for skyscrapers.

They include wide stairwells to allow a quick evacuation of the 104-storey tower, a signaling light to alert aircraft, fire-resistant cameras and communication tools on every floor to allow rescuers to constantly monitor the situation.

"We had a goal, which was an hour evacuation total time to evacuate the whole building," said Lewis.

Firefighters were invited to planning meetings. It was they who suggested a back-up system capable of compensating for the failure of emergency generators on 9/11 to provide electricity long enough to evacuate the building.

"They had been through such trauma, they had to be a part of the solutions we were coming up with," said Lewis.

Fire was not the only concern: in the fall of 2001, several anonymous letters containing anthrax were sent to some media and politicians, killing five people.

"We started to think about the filtering system and the air quality," Lewis explained. The One WTC under construction on September 11, 2011 STAN HONDA AFP

"Think of a worst-case scenario and then what would that mean, and then prepare for it," he added, explaining their methodology.

Almost 20 years later and the pandemic has left One WTC and most of Manhattan's prestigious towers empty for months.

"People were thinking we were going to come back much quicker than we have," admitted Lewis.

"We were immediately looking at the types of filtration systems that are in there these buildings, and most new buildings have high efficiency filters, particulate filters that also deal with viruses."

But if the office towers have not yet regained their pre-pandemic occupancy rate, their preeminence in New York's skyline cannot be called into question. A view of One WTC in July 2016 KENA BETANCUR AFP

A tower of some 600 apartments is under construction in Brooklyn and will become the first "super-skyscraper" outside Manhattan when it is completed next year.

Around 20 other skyscrapers are in the works across New York.

As well as the environment, the mental health of the occupants of these buildings is now also a priority, said Lewis.

"We're in 2021 and we're talking about well-being and incorporating that into the spaces we're doing, creating outdoor spaces that people can work in, rooftop terraces that are really workspaces, meeting spaces.

"It really is a transformative moment," he said.

In the meantime, One WTC is on the way to becoming as iconic as its predecessors.

While the 9/11 Memorial symbolizes "the void" created by the attacks, the "Freedom Tower" represents "the positive," according to Lewis.

"A place of innovation and new thinking and modern ideas of safety and security," he said.