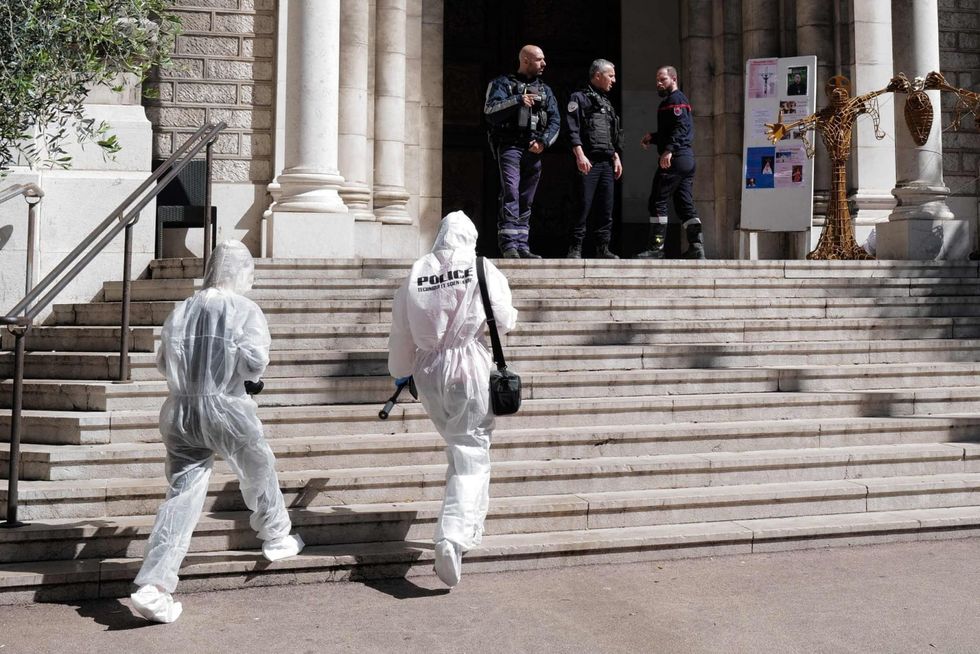 French police forensic experts arrive at the Saint-Pierre d'Arene church to after a man with an "apparent bipolar disorder" attacked a priest. Valery Hache/AFP/dpa

A priest in the southern French city of Nice was seriously injured on Sunday in a knife attack committed by a man described as mentally disturbed, officials said.

Interior Minister Gérald Darmanin said that, despite the severity of the wounds, the priest's life was not in danger. A nun was also injured in the assault during morning Mass.

The attack took place at the Saint-Pierre-d'Arène church in the centre of the city, not far from the Mediterranean seafront, a police spokesperson said.

It came as France was voting in the second round of presidential elections.

Mayor Christian Estrosi said he had spoken to both victims at hospital and described the clergyman, who was stabbed several times, as being in good condition.

The perpetrator, who has no criminal record and comes from Fréjus in the south of France, carried out the stabbings with a 7-centimetre knife blade, police said.

Officers stormed the church after the attack was reported and subdued the assailant. Psychological help was offered to shocked congregants.

The prefect of the Alpes-Maritimes department, Bernard Gonzalez, said that there was no indication that the man had terrorist or other extremist motives.

In October 2020, an attacker from Tunisia killed three people in a knife attack in the Notre-Dame church in Nice. The act was classified as Islamist terrorism.