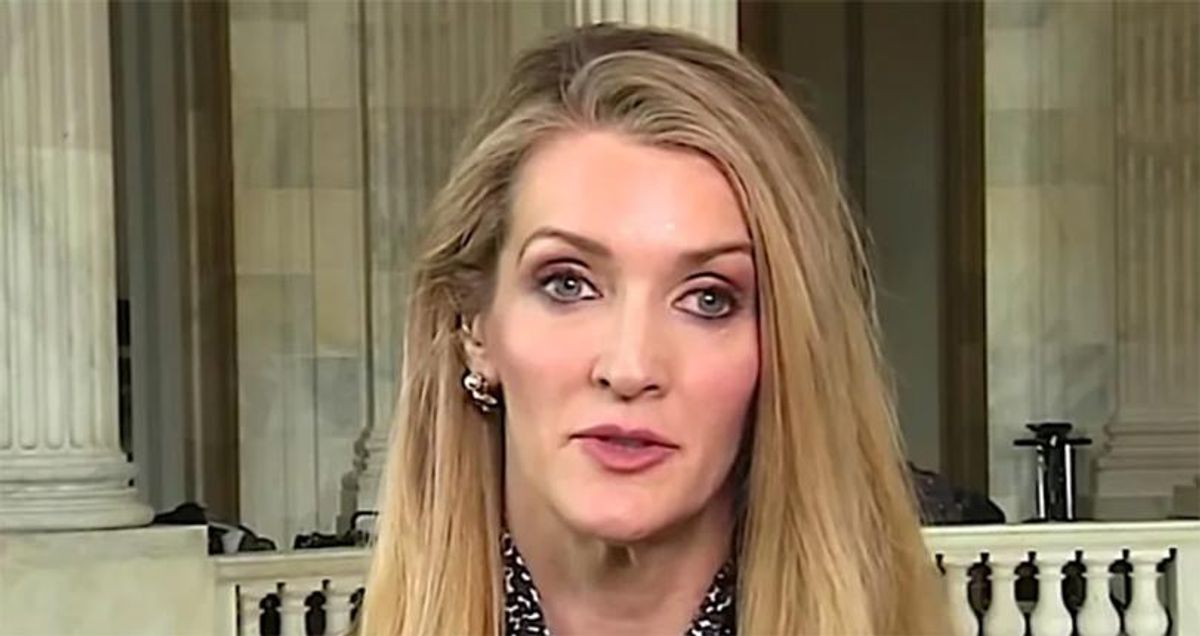 The blonde woman, her loose khaki cardigan hanging off her shoulders, nursing a green ceramic mug in her lily-white, naturally lit kitchen, says earnestly into the camera with her slight Southern lilt that she thinks "America needs balance."

That's why, she says, as a Georgian and mother of three, even though she voted for President-elect Joe Biden in last year's presidential election, she's supporting "David and Kelly" — Republican Sens. David Perdue and Kelly Loeffler, that is — in the Jan. 5 Senate runoff elections that will decide the balance of power in the Senate, and in Washington, D.C.

The problem is the shadowy Texas-based group that has pumped $2.5 million since just before Christmas behind the digital commercial featuring this unnamed woman won't have to disclose its donors until well after the votes are cast in the Senate elections. When it finally does disclose that information, it's highly likely the effort will be revealed to be funded not by people concerned with maintaining partisan balance in Washington, but by people concerned with maintaining Republican power in the Capitol.

That's because the political action committee that funded the ad, Georgia Balance, has worked with a digital marketing company that is run by Republicans and works exclusively with Republicans. Its treasurer is a former George W. Bush administration employee who has also managed other Republican PACs that have employed similar donor-shielding tactics.

The reason the committee won't have to disclose who funds it is because it is what's referred to as a pop-up PAC. That means it takes advantage of a loophole in campaign finance reporting deadlines. Since it was created after the last deadline by which organizations are legally obligated to reveal their donors, it won't have to tell the public where its money came from until the next deadline, which isn't until the end of January, well after Tuesday's election will be decided.

Still, it is required to reveal when it spends large amounts of money in the race, so voters can know that money is being spent, just not who supplied it.

Often with a group like this, the only clue about its true intentions is where that money was spent. For instance, another pop-up PAC formed just before the 2020 election spent more than $1 million on ads boosting a conservative third-party opponent to South Carolina Republican Sen. Lindsey Graham, even though that opponent had already dropped out of the race. The money was spent on a Democratic aligned marketing firm. The effort was later revealed to have been funded by a Democratic group called Lindsey Must Go PAC that was supporting Graham's Democratic opponent, Jaime Harrison.

Similarly, Georgia Balance was created on Dec. 16, according to documents filed with the Federal Election Commission. About a week later, the day before Christmas Eve, it filed paperwork disclosing it had spent some $2.4 million on digital ad production and placement and website design supporting Loeffler and Perdue, who are locked in a tight matchup against Democratic challengers Raphael Warnock and Jon Ossoff, respectively. The group revealed another $135,000 in ad spending on New Year's Eve.

The tell is that all of that money was spent on a Washington, D.C., firm called Targeted Victory. The group is run by the former digital director of Sen. Mitt Romney's failed 2012 presidential campaign against President Barack Obama. It works exclusively with Republicans, counting among its biggest patrons this election cycle the National Republican Senatorial Committee, the National Republican Congressional Committee, Senate Majority Leader Mitch McConnell and House Minority Whip Steve Scalise, and Trump-aligned Super PAC, America First Action.

It also worked with several high-profile Senate campaigns, as well as the campaigns of several Republican challengers to Democratic House members.

The treasurer of the PAC is another giveaway. Cabell Hobbs, of the Texas and Virginia based RightSide Compliance, has worked with Republican political committees going back more than a decade. Hobbs did not respond to a request for comment.

One of those is a Super PAC affiliated with President Donald Trump's former national security advisor John Bolton, which controversially spent more than $1 million on data on the disgraced and now-defunct voter profiling group, Cambridge Analytica, and was accused by a campaign finance watchdog of unlawfully communicating with Sen. Thom Tillis' 2014 campaign.

More recently, another pop-up PAC Hobbs managed gained press attention in Maine because it was spending money against a Republican running in a primary race to take on Democratic incumbent Rep. Jared Golden. Flyers from the group accused state Sen. Eric Brakey of not being sufficiently loyal to Trump, and only after the primary election was it revealed the group was funded by various conservative groups likely working on behalf of one of his primary opponents.