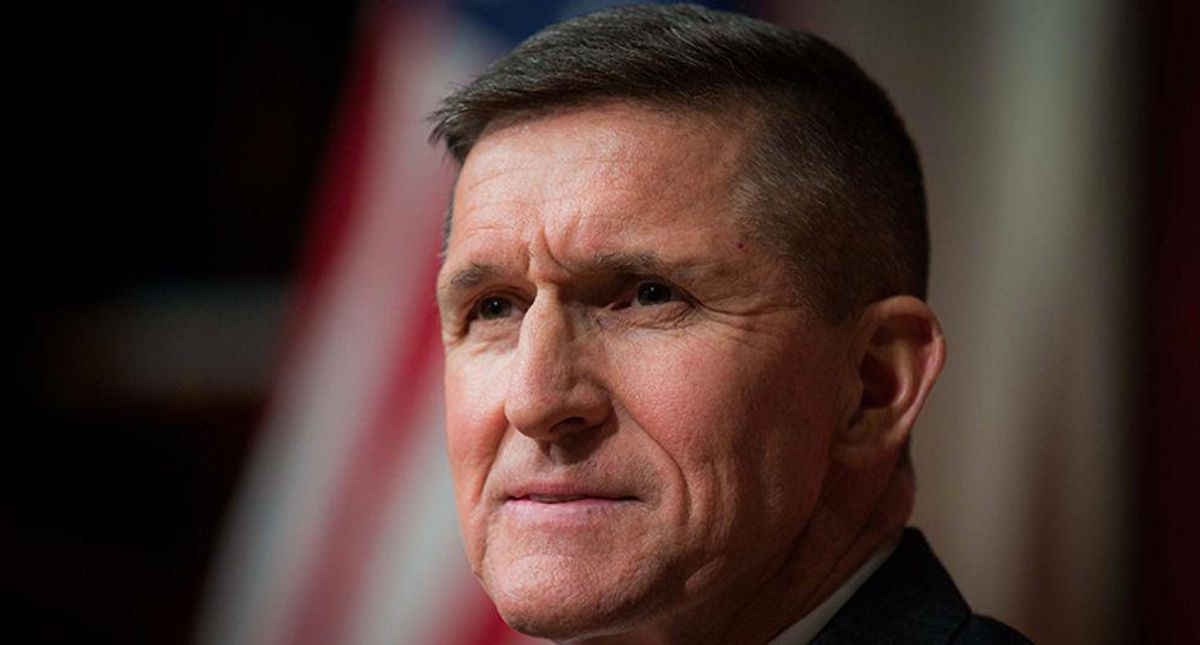 Retired Lt. Gen. Michael Flynn has not retired from the world of conspiracy theories, and his latest was a whopper.

The UK Independent reports that Flynn claims "coronavirus was a conspiracy to distract from last year's election." Here's part of the report on what Donald Trump's one-time national security adviser -- and star of the Mueller report -- somehow said out loud:

"When you look around the world, why do all these places not have the problems that we keep getting beat over the head and shoulders on in this country when it comes to Covid?" said Mr. Flynn, according to the Independent,

"Why? Because everything, everything, and this is my truth, what I believe, everything is a distraction to what happened on 3 November.

"Wait a second, I am as healthy as the next person, I have been taking hydroxychloroquin for 30 years." Hydroxychloroquin is routinely given to members of the US military serving in areas like Iraq and Afghanistan to prevent Malaria.

That wasn't enough weirdness for one interview, apparently, because Flynn felt the need to drag the women's movement into the story. He criticized women for getting vaccinated, the Independent reported.

"And now with the vaccine as an example, whatever happened to the women's movement out there, 'My body, my choice.'

"Yet, they want to stick a needle in my arm and tell me that if you don't have that needle you can't get an id card, you can't travel.

Flynn was pardoned last December by Donald Trump after pleading guilty twice to felonies related to the Trump campaign's dealing with Russia. At the time, Representative Adam B. Schiff of California, the chairman of the House Intelligence Committee summed it up succinctly to the New York Times:

"Flynn lied to the F.B.I. about his communications with the Russians — efforts which undermined U.S. foreign policy after sanctions were imposed on Russia for interfering in our elections," said "And Flynn pled guilty to those lies, twice. A pardon by Trump does not erase that truth, no matter how Trump and his allies try to suggest otherwise."

Flynn will be the keynote speaker at the "For God and Country Patriot Roundup, a QAnon-organized event over Memorial Day weekend in Dallas.