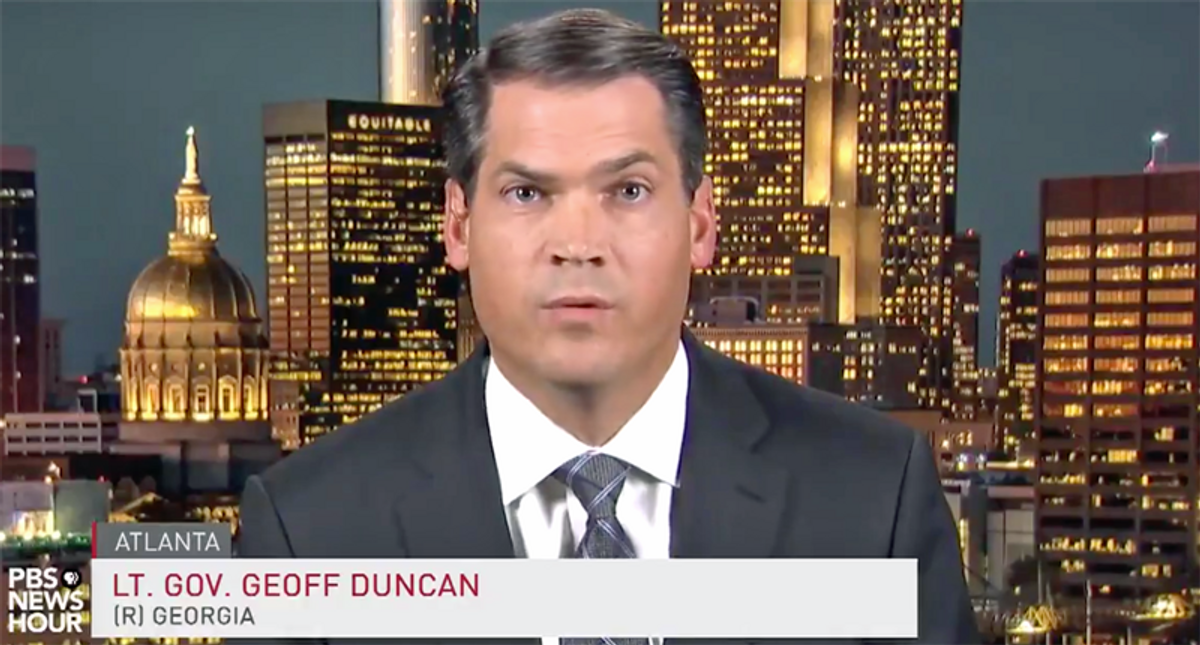 During a CNN interview, host Alisyn Camerota asked him what he made of so many Republican state parties voting to censure members for either impeaching or even criticizing Trump.

Duncan replied that it was unfathomable that these members could be censured for voting their consciences.

"That's what we should do as elected officials is vote our conscience and be intellectually honest with as many folks as we possibly can," he said. "This is a tough time for us here in Georgia, but also for us in America, and certainly as a party. But Alisyn, I think majority of Americans are ready for us as you said to use this as a pivot point to move on and talk about real issues."

Camerota then asked Duncan what he thought of Rep. Adam Kinzinger's (R-IL) family members lashing out at him and accusing him of betraying his Christian faith for voting to impeach the president.

"It's cringeworthy to hear people to use faith for it," he said. "Our family has been shocked that the perspective that some folks brought us to."