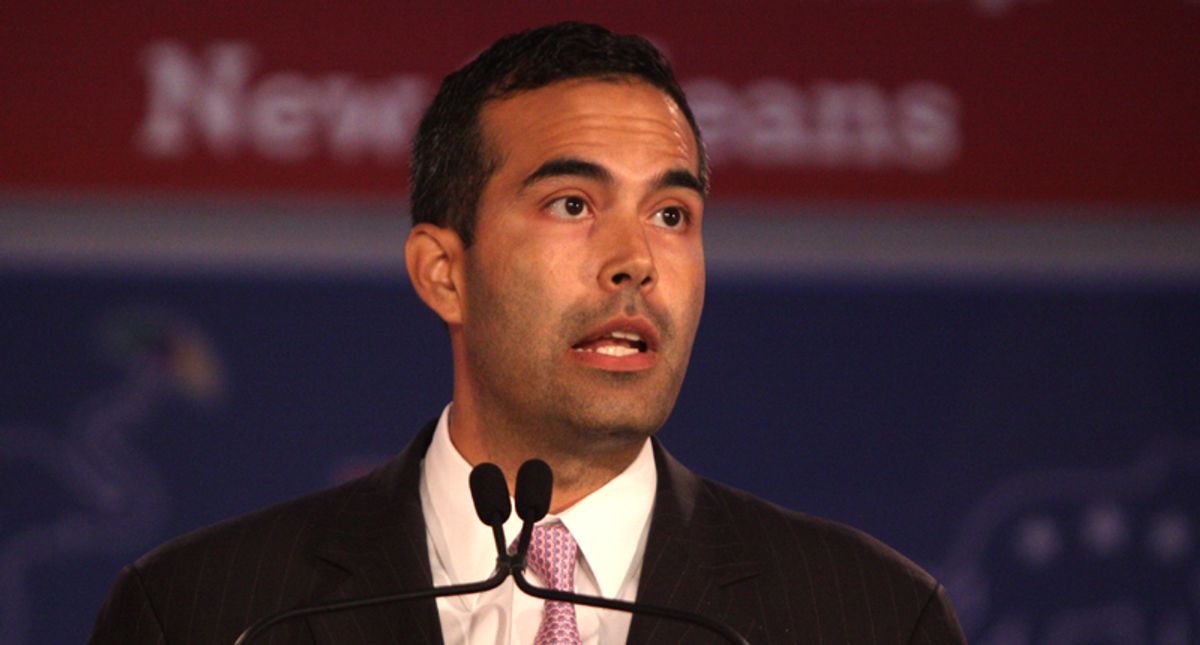 Texas Land Commissioner George P. Bush said Thursday he is "seriously considering" running for attorney general in 2022 — and detailed how he would challenge the incumbent, embattled fellow Republican Ken Paxton.

"There have been some serious allegations levied against the current attorney general," Bush said in an interview with Dallas radio host Mark Davis. "Personally I think that the top law enforcement official in Texas needs to be above reproach."

Bush, the grandson of former President George H.W. Bush and nephew for President George W. Bush, went on to say a Paxton challenge would not be centered on "conservative credentials" but how the incumbent has run his office. "I think character matters and integrity matters," Bush said.

The land commissioner, currently in his second term, has for months kept open the possibility of running for another statewide office in 2022 — including attorney general — but his remarks Thursday offered the starkest indication yet that he is focused on Paxton. Bush did not give a timeline for a decision on the race beyond saying he is currently focused on the legislation session and will visit with voters afterward. The session ends May 31.

Paxton has repeatedly said he plans to seek a third term next year despite a series of new and old scandals. Last year, seven of Paxton's top aides accused him of accepting bribes and abusing his office to assist a wealthy donor. Those aides were subsequently fired or resigned, and it has since come out that the FBI was investigating the claims against him. And for almost his entire time as attorney general, he has been under indictment on state securities fraud charges.

"Attorney General Paxton is focused on keeping the Texas border secure, holding the Biden Administration accountable, and taking on Big Tech," Paxton campaign spokesperson Ian Prior said in a statement responding to Bush's interview. "It is unfortunate, but not surprising, to see a potential opponent more interested with the narrative being set by the liberal media than on the real and important issues facing Texas families and small businesses."