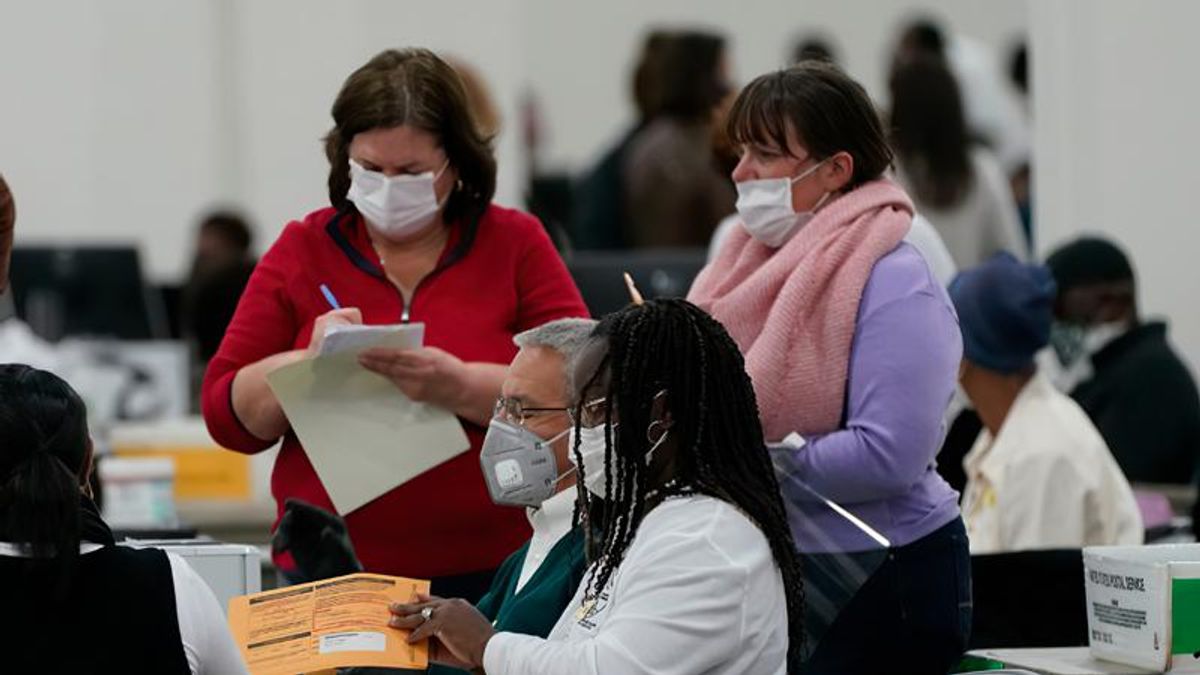 Voting rights advocates on Saturday said that the fourth audit of some of Georgia's 2020 election results—set to go forward following a state judge's ruling Friday—is aimed at sowing doubt about President Joe Biden's victory more than six months after the election.

Georgia's five million ballots were subjected to a hand recount, a machine recount, and an investigation by the secretary of state—all of which confirmed Biden won the state with 49.5% of the vote and that there was no evidence of fraud in the tallying of votes.

The judge's decision to continue lending credibility to the notion that the election results are illegitimate is "shameful evidence that the Big Lie is becoming state policy," attorney and Democracy Docket founder Marc Elias tweeted.

Under the ruling the nine plaintiffs will be permitted to examine copies of the ballots to ensure they're not counterfeit. The original ballots will remain with Fulton County election officials. The audit and the citizens' demand for an official declaration that counterfeit ballots exist in the county, said Common Cause Georgia executive director Aunna Dennis, is aimed at not only creating the impression that former President Donald Trump's loss was illegitimate but also making it harder for Georgians to vote in the future.

"It's a cynical strategy," Dennis told the Washington Post. "Create artificial 'doubt' about our election processes, and then use that doubt to make voting harder for the voters you don't think will vote for you."

Republican state lawmakers in March passed a law that will curtail access to mail-in and absentee voting and make it a crime to hand out food or water to people waiting in line at polling places, among other voter suppression tactics.

The plaintiffs were given authorization to examine the county's ballots as a similar audit is taking place in Maricopa County, Arizona. Auditors there have investigated conspiracy theories including one that led them to look for bamboo fibers in 40,000 ballots that some believed were smuggled from China.

"This conspiracy theory about counterfeit ballots has been trotted out by proponents of the 'Big Lie' across the country and shot down every time," Fulton County Board of Commissioners Chairman Robb Pitts told CNN. "Whether it's looking for bamboo in Arizona's ballots or searching for counterfeits in Fulton's, it is nonsense."

Garland Favorito, founder of Voters Organized for Trusted Election Results in Georgia, acknowledged that the results of his group's investigation will not overturn Georgia's election results.

"It's not an election challenge and therefore this case alone could not do that," Favorito said. "What this case is about is the equal protection and due process, constitutional rights, of the plaintiffs and all Georgia voters. Because if counterfeit ballots were introduced into the certified results, it diluted our votes and the votes of all Georgians both within and outside of Fulton County."

"The fact remains that Fulton County safely and securely carried out an election in the midst of a public health pandemic," Pitts told the Post. "It's a shame to see that the 'Big Lie' lives on."