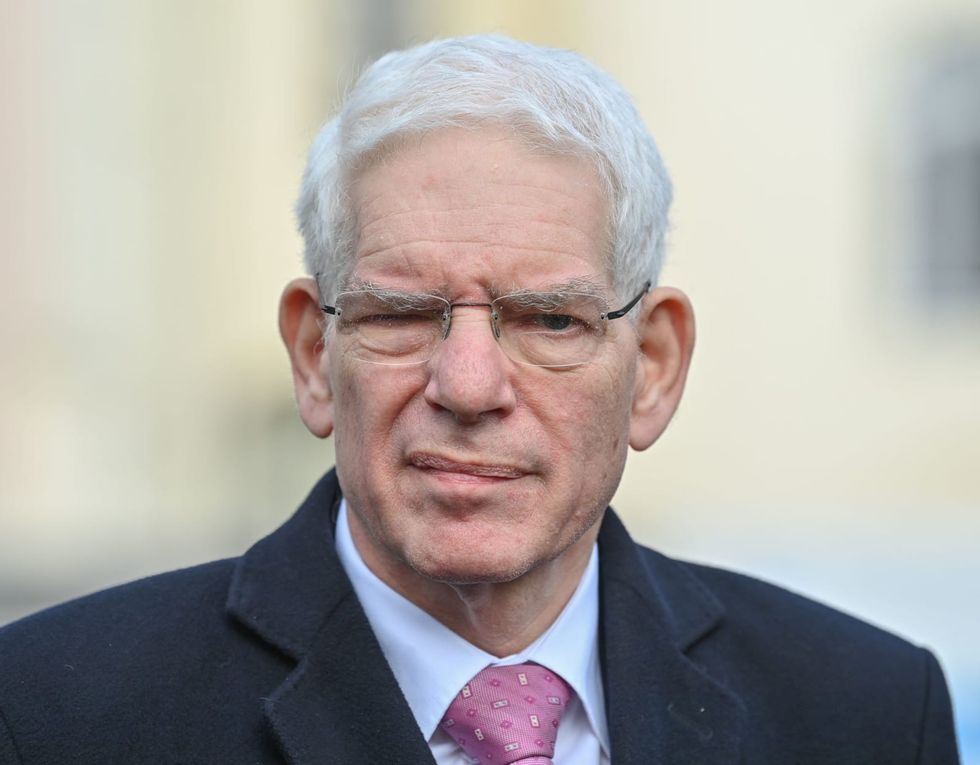 President of the Central Council of Jews in Germany Josef Schuster attends the laying of the foundation stone for the Potsdam Synagogue. A Jewish leader in Germany has slammed documenta, one of the world's most important contemporary art shows, for its handling of anti-Semitism accusations, in a letter to the German minister of culture. Patrick Pleul/dpa-Zentralbild/dpa

A Jewish leader in Germany has slammed documenta, one of the world's most important contemporary art shows, for its handling of anti-Semitism accusations, in a letter to the German minister of culture.

The president of Germany's Central Council of Jews, Josef Schuster, criticized the way documenta is dealing with accusations of anti-Semitism, in a letter to Culture Minister Claudia Roth seen by dpa.

"Clear avowals are the only way to help against anti-Semitism, and, even more, decisive political action at every level of politics, art, culture and society," Schuster wrote. "No one may absolve themselves of this responsibility - not even in the name of artistic freedom."

His letter came after allegations of anti-Semitism were made against organizers earlier this year.

The curatorial collective Ruangrupa and documenta both rejected the accusations. The organizers set up a forum to debate "the fundamental right of artistic freedom in the face of rising racism and anti-Semitism and increasing Islamophobia."

Schuster criticised the make-up of the forums as showing "clear bias." "As the umbrella organization of the Jewish community in Germany, we have asked several times to be included here to provide our expertise."

The documenta did not initially provide a response.

The 15th edition of documenta is scheduled to take place in Kassel from June 18 to September 25.

Trump thinks Google 'has it out for him' and is now blaming it for Truth Social's own failures: report

Former President Donald Trump is paranoid that Google is trying to undermine his struggling Truth Social platform, according to sources.

Two people with knowledge of the situation told Rolling Stone the former president is fixated on the lack of an Android app for his social media site, leaving about 40 percent of the U.S. mobile device market without access to the platform, which has made him paranoid and suspicious about the tech giant.