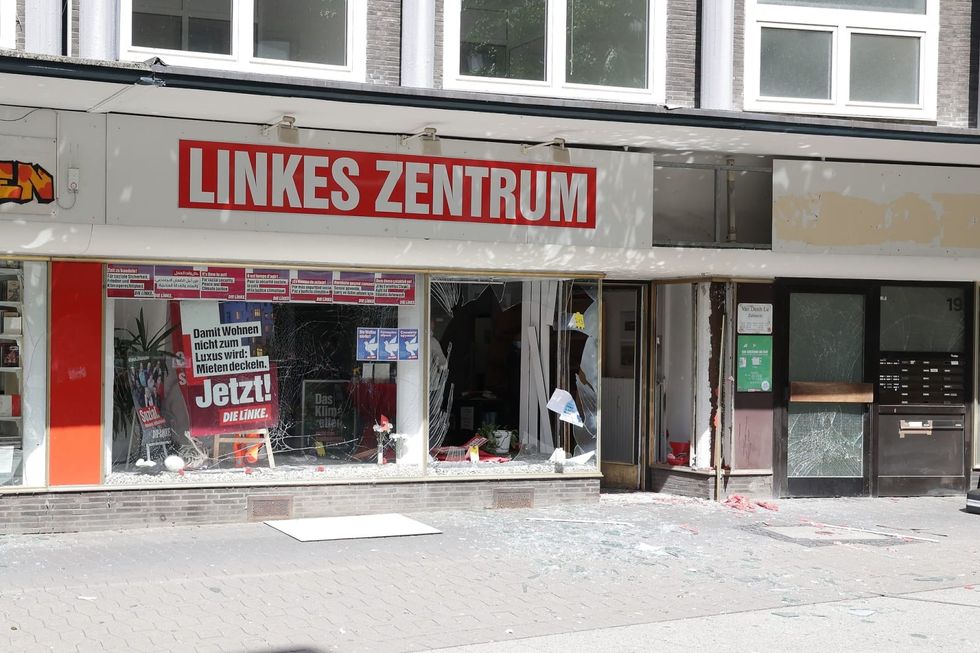 Glass lie on the ground after an explosion at The Left Party (Die Linke) office. David Young/dpa

German police believe a home-made bomb could have caused an explosion at the offices of the hard-left Die Linke political party in western Germany, according to dpa sources.

Police in the city of Oberhausen found evidence of a home-made explosive device that was built using "flash explosives" like those contained in fireworks, the sources said.

An explosion at around 3:20 am (0120 GMT) destroyed the windows of the Die Linke party office. It also partially destroyed the interiors of the shops including a hairdressers and a travel agent.

Yusuf Karacelik, parliamentary group leader of the party in Oberhausen, said in a written statement on Tuesday that he assumed it was a "targeted attack from the right."

Speaking to dpa, Karacelik called it a "right-wing terrorist attack."

National party leader Janine Wissler also said she believed there could be a right-wing political motive behind the blast.

There are currently no indications of who carried out the suspected bombing. A police spokesperson said that they were investigating all possible leads and that a political motivation could not be ruled out.