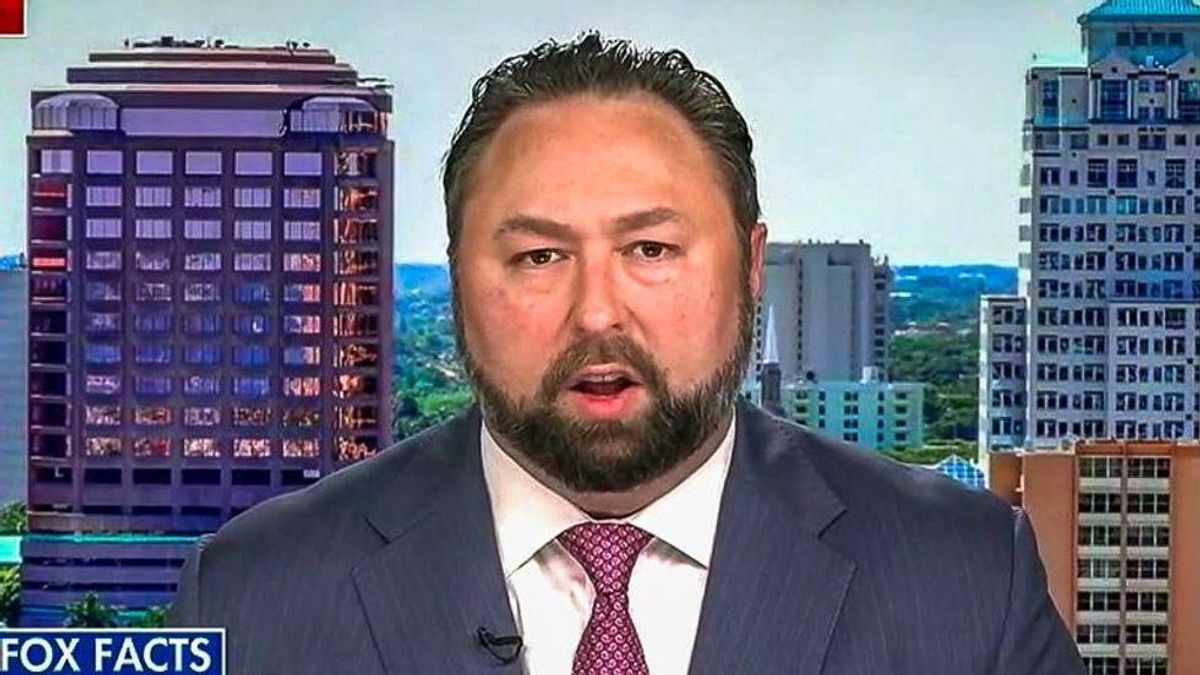 Former Trump spokesperson Jason Miller launched a new social media platform called Gettr late last week, only to see it quickly mocked online, particularly for its uninspired name. Gettr was presented to the public as a way to solve conservatives' problems on social media, but, the launch encountered a series of challenges, from hackers scraping troves of users' private data to leftists trolling the platform with NSFW Sonic the Hedgehog content.

Soon thereafter, The Daily Beast uncovered that Miller's entire venture was being funded by fugitive Chinese billionaire Guo Wengui, aka Miles Kwok, who is friendly with various TrumpWorld figures, most notably Steve Bannon. But before the dust even got a chance to settle, Gettr became the target of hackers who saw the site security as laughable.

On the morning of July 4, on the day the site was slated for its grand launch, the site was hacked by a somewhat friendly hacker who defaced usernames on top accounts, including those of former Secretary of State Mike Pompeo, American Conservative Union chairman Matt Schlapp, Rep. Marjorie Taylor Greene and Jason Miller himself.

"JubaBaghdad was here, follow me in twitter :)," the hacker wrote, as first reported by Salon. The hacker told Salon that the breach took him less than 20 minutes to carry out in subsequent conversations. "Took from me 20 minutes to find them. And I'm sure I can find more if I spent more time," the anonymous hacker shared.

The following day, on Monday, the hacker reached back out to Salon with a lengthy list of other points of concern on Gettr, including "a dangerous bug in their API server," which the hacker said was an access point where he was able to uncover information including "email, birthdate, and location."

The hacker, known on Twitter as "JubaBaghdad," offered as proof that they were able to access accurate information scraped from this Salon reporter's Gettr account, created only days earlier.

JubaBaghdad claimed they had attempted to get in touch with Miller's development team, but to no avail. The hacker stressed that Gettr remains open to attacks.

Miller didn't respond to Salon's request for an interview, nor to the offer of answering questions by email.

In public statements, Miller has claimed that Gettr was poised to challenge the "woke tyranny" of Big Tech, a major villain in the conservative universe.

"GETTR is a direct challenge to the social media oligarchs from Silicon Valley, and what better day to declare independence from their woke tyranny than July 4th?" Miller declared. "GETTR is the marketplace of ideas. We will not cancel people for their political opinions, and GETTR offers far more features and better technology than anything else out there."

That claim appears debatable. Miller boasted that Gettr had made the list of top 10 most downloaded applications on the Apple app store even before its launch, and so far appears unfazed by its apparently questionable development and security features.

"Users won't have to choose between conservative-leaning platforms with inferior technology and slicker liberal Apps that crush their freedom of expression," Miller added. "With GETTR, they'll get back their freedom of speech and have a superior product at the same time."

But this sales pitch evidently made little impact on Donald Trump, Miller's former boss, who evidently has no plans to join the right-wing platform anytime soon.

On Tuesday morning, Vice News reported that hackers had scraped 90,000 emails from Gettr users, in addition to a host of other sensitive data points from account creation on the site.

Miller has claimed that Gettr has now successfully patched the security vulnerabilities, but the hacker who communicated with Salon dismissed that, saying they "can take over any account through XSS bug[s]!"

Salon reached out to several pro-Trump pundits who have recently joined Gettr and invited them to share their experiences on the new platform. None responded.