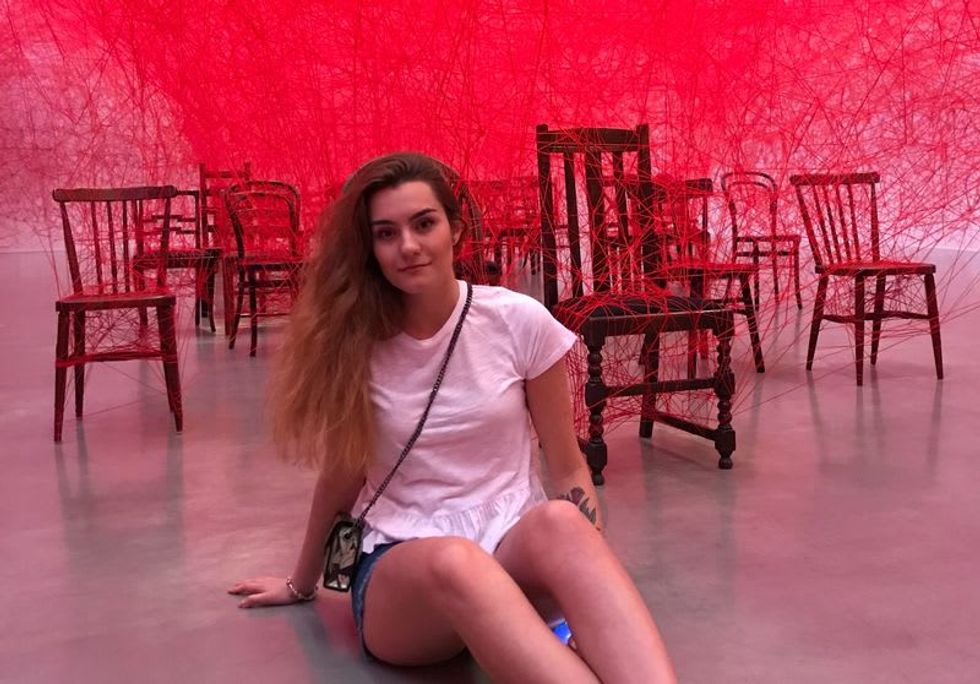 MOSCOW (Reuters) -The girlfriend of a Belarusian blogger detained with him on Sunday after a plane they were travelling on was forced to land in Belarus appeared in a video on Tuesday evening in which she made a confession that the opposition said looked forced.

Speaking fast and looking uncomfortable, Sofia Sapega, a Russian citizen and the girlfriend of blogger Roman Protasevich, said in the video that she was an editor of a Telegram messaging app channel that had publicised the personal data of Belarusian law enforcement personnel, a crime in Belarus.

A Ryanair passenger jet carrying Protasevich, a journalist critical of Belarusian President Alexander Lukashenko, and Sapega was forced to land in Belarus on Sunday due to a bomb hoax in an act denounced by Western powers as "state piracy".

The Russian foreign ministry said in a statement that Sapega, a 23-year-old student, could face criminal charges under several articles of the Belarusian criminal code.

Sviatlana Tsikhanouskaya, the leader of the Belarusian opposition who operates from nearby Lithuania, said on Twitter that Sapega appeared to be under psychological pressure.

Franak Viacorka, an adviser to Tsikhanouskaya, said on Twitter that Sapega's confession appeared to have been made under duress.

"She is guilty of being a friend of Roman. And they forced her to confess to 'crimes' she did not commit," he wrote.

Sapega's mother, Anna Dudich, said in an interview with Reuters on Tuesday that her daughter was innocent and simply in the wrong place at the wrong time.

Sapega felt fine and had not complained of inappropriate treatment, the RIA news agency reported, citing Russia's embassy to Belarus.

Sapega is a student at a university in the Lithuanian capital Vilnius. She was flying there on Sunday with Protasevich after their holiday in Greece to defend her master's thesis ahead of graduation, according to the university.