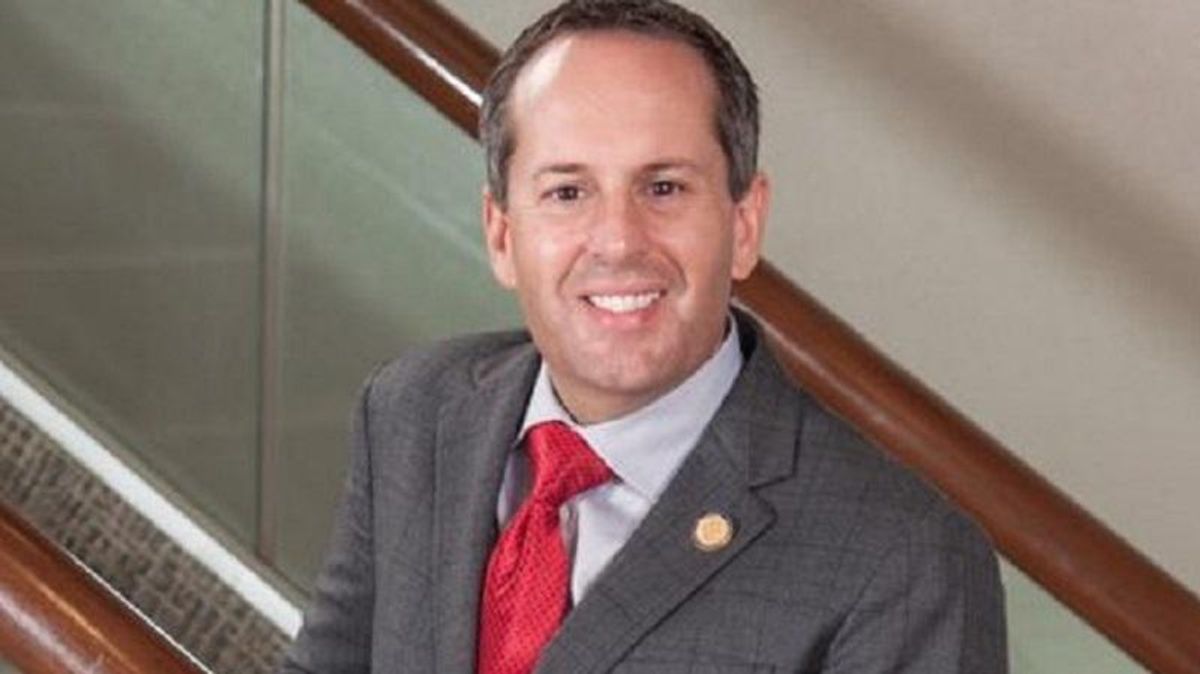 A Virginia Republican who's running for lieutenant governor in the state is demanding to know the identity of the anonymous person who described him as a "gay Democrat" in a text message to his fellow delegates.

The Richmond Times-Dispatch reports that Virginia Del. Glenn Davis has filed a defamation suit this week against a "Jane Doe" who purportedly slandered him with false claims of him being both homosexual and a Democrat.

The claims about Davis being gay started after a rival GOP candidate sent out a mail flier with a photo of Davis attending a PrideFest in Hampton Roads, Virginia to show his support for LGBT rights.

A photo of the mailer was then texted to GOP delegates along with the message, "Did you know Glenn Davis is a Gay Democrat?" The message also encouraged the delegates to not support Davis's candidacy.

Davis is now demanding in his lawsuit that the telecommunications provider provide the identity of the person who sent the text messages falsely accusing him of being a gay Democrat.

"These unethical, illegal, and scandalous tactics are detrimental to our party, civil discourse, and the efforts underway to win back Virginia for Republicans in November," Davis said on Tuesday. "I want it to be very clear that we will soon discover which campaign and bad actors were behind this text and they will be sued to the full extent allowed by Virginia law."