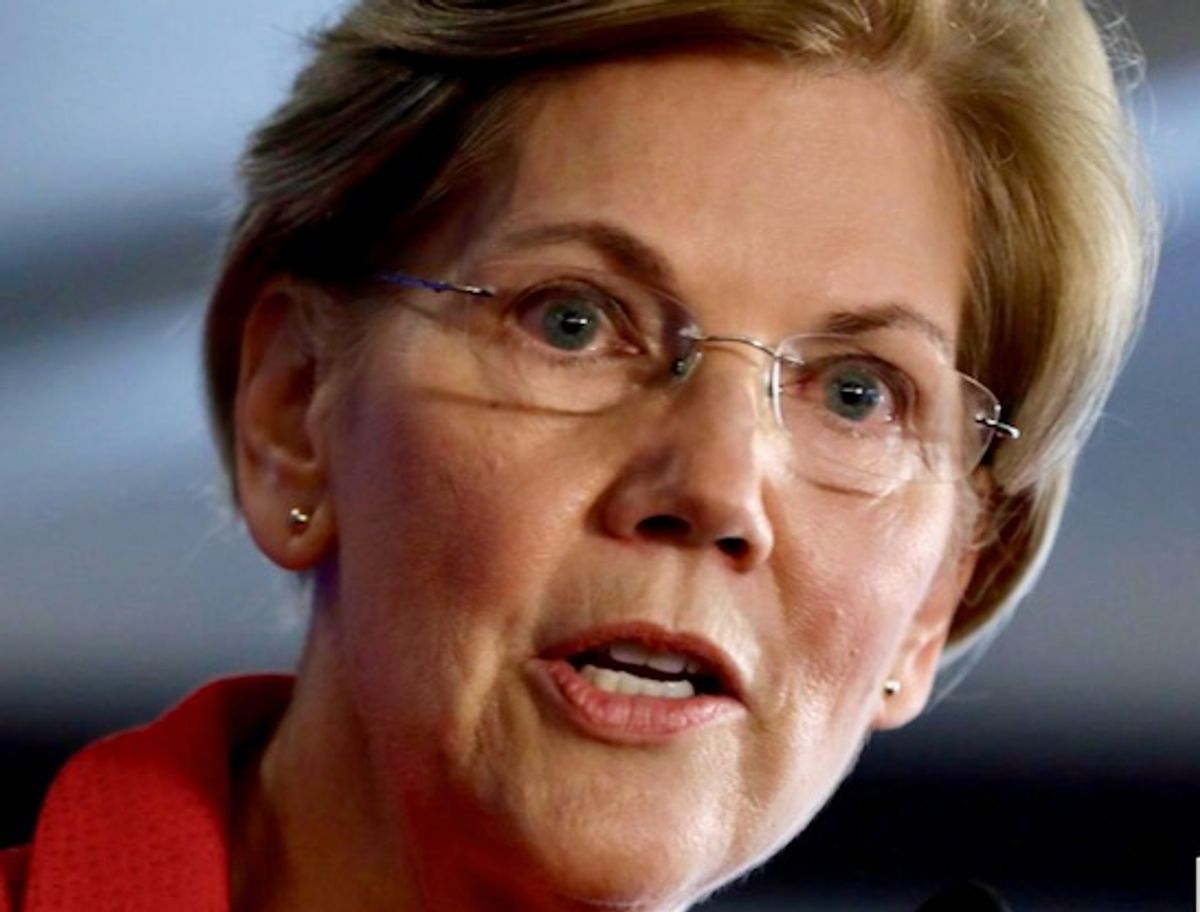 Sen. Elizabeth Warren was among lawmakers and tax policy experts who welcomed reporting Tuesday that President Joe Biden will propose boosting the Internal Revenue Service's budget by $80 billion in the coming decade and increasing the agency's power to crack down on rich individuals and large corporations for tax evasion.

"Republicans have starved the IRS so it can't go after wealthy tax cheats," said Warren (D-Mass.), who called for investing $100 billion in the IRS as part of the wealth tax bill she introduced last month with Reps. Brendan Boyle (D-Pa.) and Pramila Jayapal (D-Wash.). "This $80 billion announcement from President Biden is a good first step."

Biden's IRS proposal, reported on Tuesday by the New York Times and the Washington Post, is part of the tax changes related to his forthcoming American Families Plan, which is expected to include provisions on child care, universal prekindergarten, paid family and sick leave, free community college, and tax credits for those in poverty.

The tax plan to pay for those initiatives includes the extra funds and enforcement authority for the IRS, which according to the Times "will accompany new disclosure requirements for people who own businesses that are not organized as corporations and for other wealthy people who could be hiding income from the government."

Citing unnamed sources within the Biden administration, both newspapers noted that officials expect improving IRS enforcement and auditing—particularly on wealthy Americans and companies—could raise at least $700 billion over 10 years. The Times clarified that the internal estimates about the impact of stepping up audits and enforcement don't include "any additional revenue from people or companies choosing to pay more taxes after previously avoiding them."

Appearing before the Senate Finance Committee earlier this month, IRS Commissioner Charles Rettig estimated that tax cheats—mostly the rich and major corporations—deprive the federal government of as much as $1 trillion annually. The agency gets "outgunned," he said, and needs additional resources to close the tax gap.

Biden's proposal to give the agency more money and authority would come after more than a decade of struggling with budget cuts. The Post pointed out that "the IRS lost roughly 18,000 full-time positions after 2010, due primarily to cuts pushed by Republicans in Congress under President Barack Obama, with the number of auditors falling to lows unseen since the 1950s."

In a letter to congressional leaders late last year, House Democrats called for increasing the IRS' capacity to go after "wealthy tax cheats" like former President Donald Trump—who, according to the Times, paid just $750 in federal income taxes in 2016 and 2017—rather than focusing on lower-income taxpayers "just because it is cheaper and easier."

Though not a signatory on that letter, Rep. Ro Khanna (D-Calif.) has similarly called for improving IRS targeting of rich people and companies dodging taxes. His Stop Corporations and Higher Earners from Avoiding Taxes and Enforce Rules Strictly (CHEATERS) Act, introduced in February, would provide $100 billion to the IRS 10 years—$70 billion for enforcement, $20 billion for taxpayer services, and $10 billion for IT and operations support.

Business Insider reported earlier this year that "Khanna's bill could prove less controversial than proposals from other Democratic lawmakers to increase tax revenue from the ultrawealthy, such as [Warren's] two-cent wealth tax, which proposes a 2% tax on every dollar for families with a net worth of more than $50 million."

Warren tweeted Tuesday that she will introduce another bill "for dedicated, mandatory funding for the IRS to enforce the tax laws already on the books for the ultra-rich and giant corporations," adding that "the IRS should have more resources to do its job and make the wealthy pay their fair share."

As she recently told Politcio:

I have proposed nearly doubling the funding for the IRS but also making a chunk of their funding mandatory and targeted toward high-income individuals and corporations. The problem is not only that IRS funding has been cut, it's that when funding goes up and down and up and down and up and down, the IRS doesn't have the resources to build out a more expert group that has the skill set to go after the really sophisticated tax dodgers. So the mandatory funding would mean the IRS could commit to hiring and training a team of experts who can focus on giant corporations that hide their money overseas or manipulate their income reports, and the team will be far more effective at enforcing current law.

"There are other areas where I believe we should change the law to expand revenue—a wealth tax, a book-profits tax—but this is simply about enforcement to make sure corporations and rich people pay the taxes that are already due," Warren added. "I see it as kind of three legs on a stool: We need to close up some of the loopholes on the corporate side, we need to put a wealth tax in place, and we need serious enforcement."