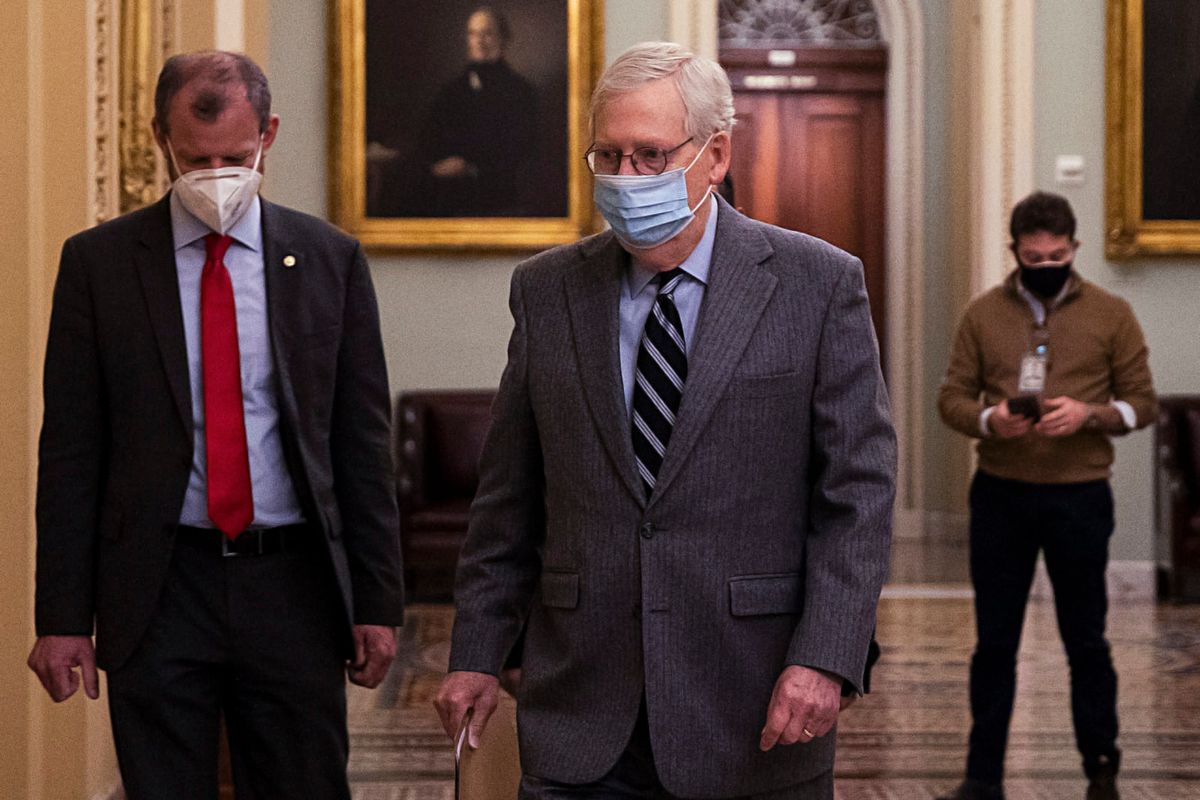 At issue are worries about where the party goes without Trump and whether the GOP as a whole will be punished by the ex-president still angry over his election loss to now-President Joe Biden.

"Much of the party's base — including conservative talk radio, TV and social media — are spoiling to fight for Trump in exile," they wrote, adding, "On top of that, Trump himself is threatening to literally split the party in two with the creation of a new MAGA Party or Patriot Party."

According to former Trump campaign official Jason Miller, the former president won't forget who didn't support his bid to remain in office.

"The president has made clear his goal is to win back the House and Senate for Republicans in 2022," Miller said before warning. "There's nothing that's actively being planned regarding an effort outside of that, but it's completely up to Republican senators if this is something that becomes more serious."

The Axios report adds, "Step into almost every Republican state or district, and most voters are livid that Republican leaders didn't fight more to overturn the election, resist impeachment, back Trump, punish House Conference Chair Liz Cheney and protest big business for blacklisting its members."

Noting the Republican squabbles breaking out across the country at the state level between pro-Trump lawmakers and Republicans who just want to move on, the report states mainstream conservatives are "too weak, timid and divided to prevail right now," adding, "This will be the new reality for Republicans until 2024, or Trump fully exits the scene."

Trump's National Marine Fisheries Service was regulating right whales toward extinction as the whales literally starved to death while entangled in fishing gear.

An estimated 356 North Atlantic right whales, including about 70 breeding females, migrate between Florida and Canada. The population has been declining for 11 years.

Keilar began her remarks by describing CPAC as "candy for conspiracy theorist headlined this past weekend by the Everlasting Gobstopper of lies himself, former President Donald Trump."