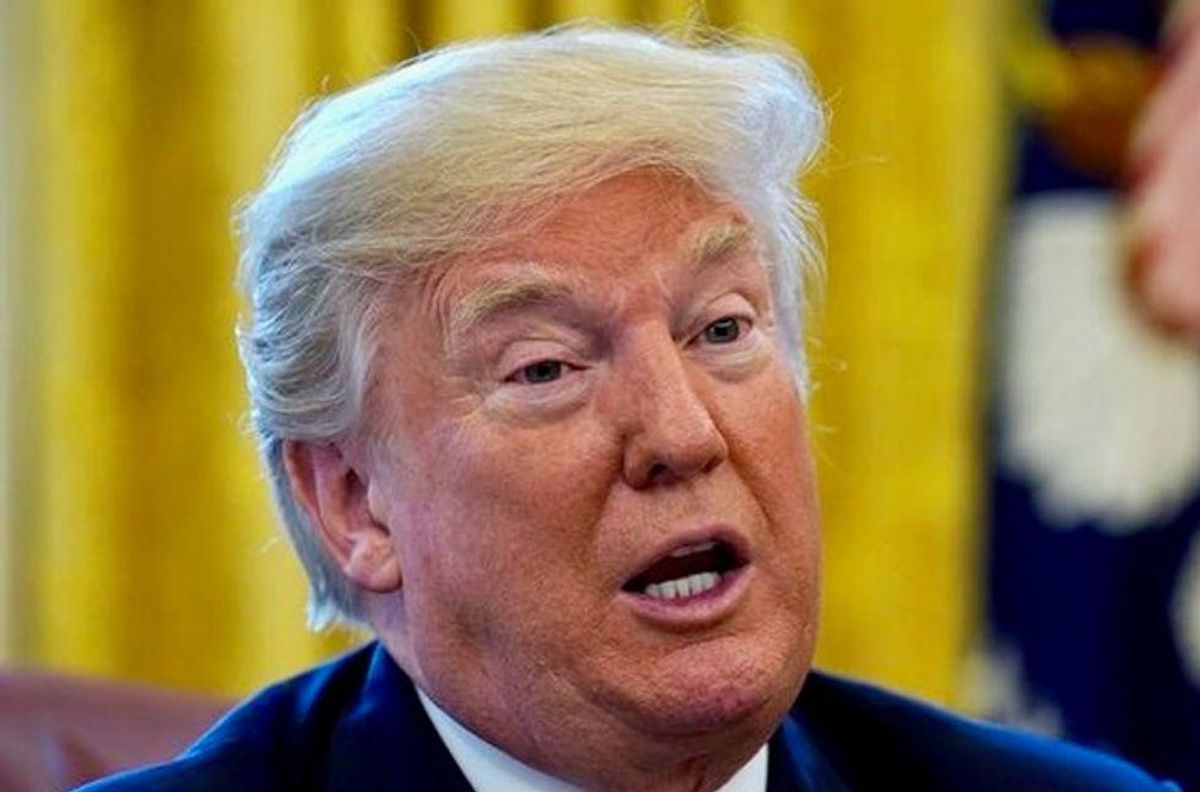 According to a report from Politico, House Republicans are worried that former president Donald Trump's belligerent complaints about his 2020 presidential election loss will hamper their efforts to reclaim the House from Democrats.

The GOP leadership feels they have an excellent chance to win back the House in the 2022 midterms, but fear they will have to spend valuable time on the campaign trail answering questions about his claims that the election was stolen from him instead of making the case for their own election.

Politico's Melanie Zanona writes that Trump met with the conservative Republican Study Committee this past week to talk about the next election, and that some lawmakers came away with concerns about how the one-term president will conduct himself going forward.

The report notes, "... he [Trump] brings with him the baggage of his repeated false claims that widespread voter fraud cost him the White House," before adding, "The spectacle caused by Trump's revival of unfounded voter fraud claims offers an early preview of the type of headaches facing Republicans who want to put him center stage in their quest to win back their congressional majorities, particularly the House GOP. Yet some members worry that Trump's election grievances could create an impossible-to-avoid litmus test in 2022."

Potential GOP candidates -- already concerned with having to answer for Trump's four years -- are now worried they may get bogged down discussing his 2020 presidential loss and the conspiracy theories surrounding it.

"GOP candidates are bound to field questions about whether they agree Trump was cheated in the election — an uncomfortable position for some lawmakers who don't want to cross an ex-president who still maintains an iron grip on the party," Zanona wrote with one incumbent GOP lawmaker in a tough district telling her they are worried he will cripple their chances.

"If Trump focused on Pelosi and Biden's policy failures, he would help us. If it's about election fraud and sour grapes from 2020, it will hurt us. We may be able to still win the majority, but I think it makes the hill harder to climb," the Republican explained before adding, "Obviously, the base likes it, but the base doesn't win the majority in the House."

The problem, Republicans conceded, is Trump's unpredictability as well as his inability to stay on message.

According to Politico, "...it's not clear whether the freewheeling former president can stay focused on 2022 as he hits the trail for Republican candidates, and that uncertainty is far more than a mere potential political problem for the GOP. Some Republicans fear Trump's 2020 election rhetoric, which incited a deadly mob to attack the Capitol and ultimately led to his second impeachment, threatens to undermine democracy and risks inspiring more violence."