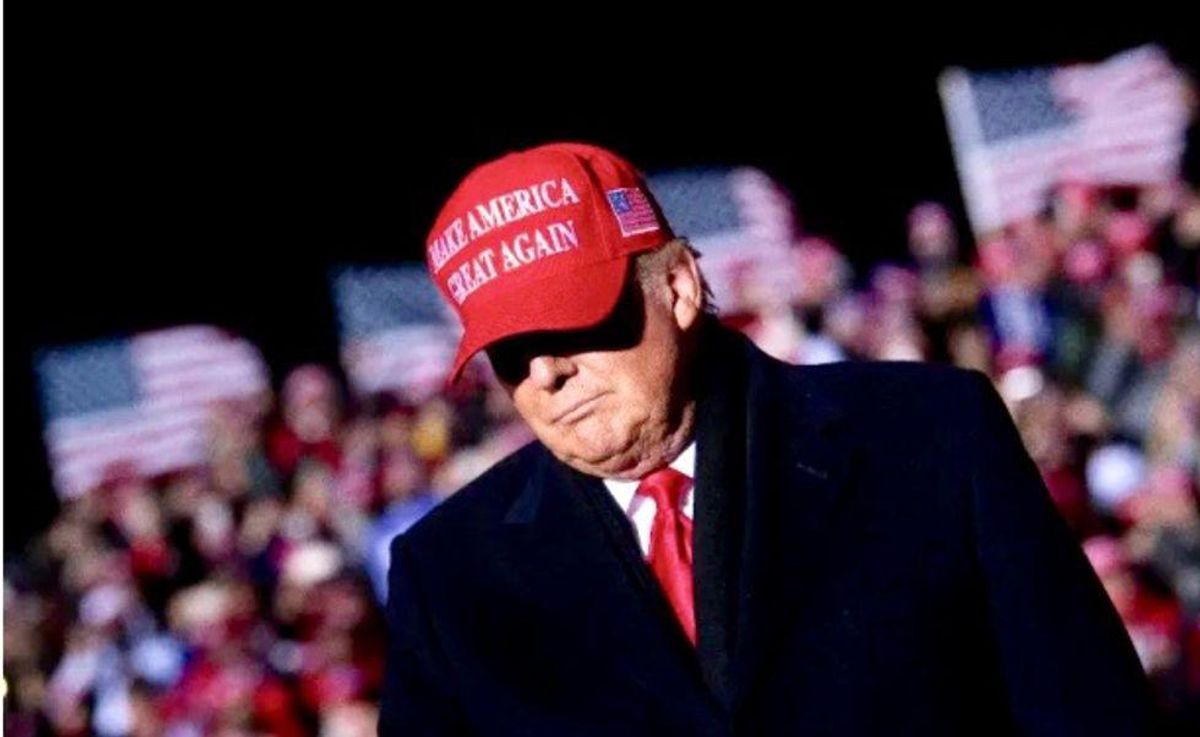 In states all over the country, former President Donald Trump and Republican officials, leaders, and lawmakers raised concerns about claims of voter fraud. To make matters worse, multiple attorneys general and prosecutors in various states also echoed the same baseless claims despite not having substantial evidence of voter fraud.

While there were isolated reports of voter fraud, many of those cases actually involved Republican voters casting illegal votes for Trump. Now, a new report reveals how sparse claims of voter fraud have been, undercutting the conservative outcry alleging election rigging.

According to Bloomberg Government:

Prosecutors across the country found evidence of voter fraud compelling enough to take to court about 200 times since the November 2018 elections, according to a 50-state Bloomberg canvass of state officials.
Republican and Democratic election and law enforcement officials contacted in 23 of the states were unable to point to any criminal voting fraud prosecutions since the November 2018 midterm elections.
Despite the escalating claims from former President Donald Trump of rampant misdeeds, nearly all of the instances found by state officials were insignificant infractions during a timeframe when hundreds of millions of people participated in thousands of elections around the country. Yet, misinformation about the topic has become a driving force of political debate.

The publication warns that falsehoods about voter fraud make members of the losing political party more emboldened to resort to extreme measures.

For example, one incident of voter fraud in Seminole County, Fla., led police to one voter fraud victim's own father. At the time, a criminal complaint indicated that the man "allegedly told the police he requested and sent in the ballot in his son's name."

"It was stupid. I was pissed off the way things are going in the country," the man said, according to the complaint. "I voted but it didn't make a difference."

Nelson Bunn, Jr., the executive director of the National District Attorneys Association, noted how expensive litigation can be for voter fraud cases.

"The investigation of claims of voter fraud are extremely time-intensive and expensive to conduct with most not resulting in any case to be brought forward," Bunn Jr., said in an email. "While an important issue, prosecutors and law enforcement agencies have very limited resources in good times and the impact of COVID and the resulting case backlogs are now straining these offices and broader criminal justice system even further."

Despite an alarming number of Republicans who have questioned the outcome of the presidential election, there are a select few who have opted to remain on the right side of the law. Georgia Secretary of State Brad Raffensperger (R) was one of them. He resisted Trump's pressure to cast doubt on or overturn the result of the 2020 presidential election in his state.

During a previous interview, he explained how Georgia investigates fraud as he offered a true definition of election integrity.

"We looked into all possible areas of fraud. I was the first Georgia Secretary of State to even look at double-voting. We set up an absentee ballot task force made up of prosecutors to further look into absentee ballot fraud," Raffensperger said in an interview. "People may not like the results. I understand that—I'm a Republican, I was disappointed, too. But at the end of the day those were the results.

"Look at your precinct workers—people that you go to church with, that you see at Kiwanis or Rotary or some service organization. They're the salt of the earth folks that are doing their job," he said. "And you can trust those folks because they have the most important thing in elections: that's integrity."