'Make him do it': Lindsey Graham slammed after saying he would talk until he 'fell over' to stop voting rights bill 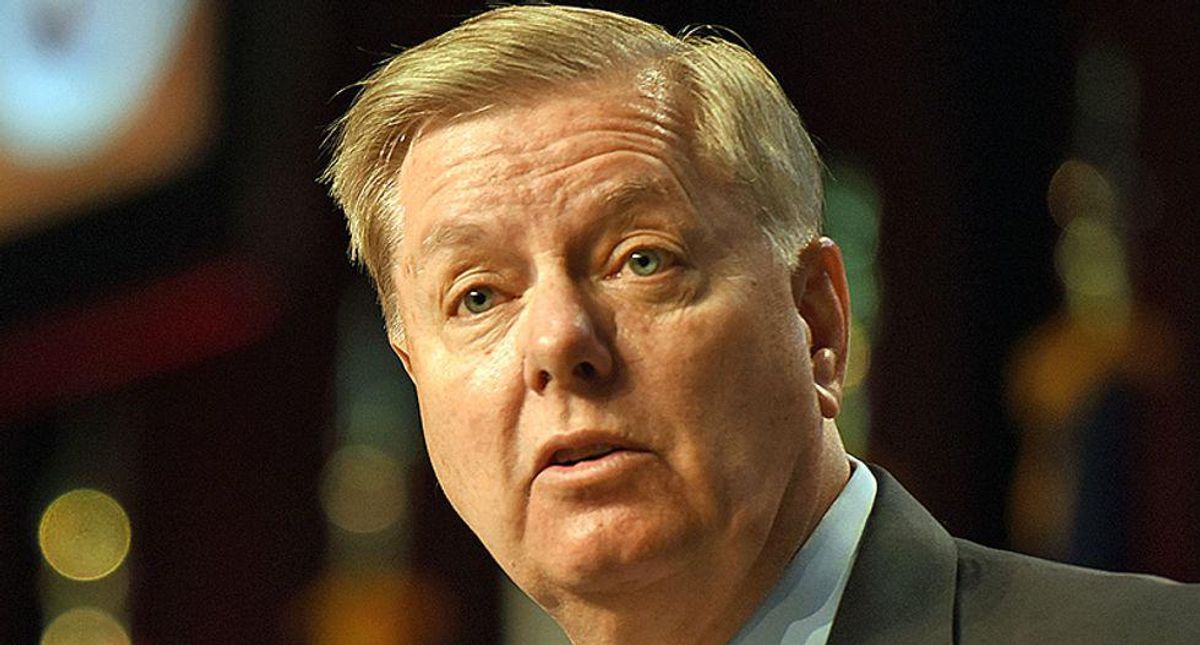 Republican Sen. Lindsey Graham of South Carolina said this week that if Senate Democrats revive the talking filibuster in an effort to weaken the rule's power as a tool of endless obstruction, he would speak until he "fell over" to try to block passage of a major expansion of voting rights as well as legislation aiming to protect LGBTQ people from discrimination.

Progressives argued that Senate Democrats—a growing number of whom have have voiced support for filibuster reform in recent days—should not hesitate to take Graham up on his offer.

"Make him do it," tweeted Jonathan Cohn, a Massachusetts-based editor and activist.

Brian Beutler, editor-in-chief of Crooked Media, added, "Change the filibuster rules so we can watch Lindsey Graham fall over."

Graham warns of repercussions if Dems gain another Senate seat in 2022 www.youtube.com

The fact that Graham holds the Senate seat formerly occupied by arch-segregationist Strom Thurmond—whose 24-hour filibuster against the Civil Rights Act of 1957 still stands as the longest in U.S. history—was not lost on observers as the South Carolina Republican promised to stand in the way of a Democratic effort to expand the franchise amid GOP-led suppression efforts nationwide.

Graham's comments came amid growing support at the top of the Democratic Party for weakening the filibuster, which in its current form requires virtually no effort to deploy and forces senators to obtain at least 60 votes to advance most bills—giving the minority party in a narrowly divided Senate considerable power to tank legislation.

Earlier this week, as Common Dreams reported, President Joe Biden for the first time endorsed reforming the 60-vote rule by reviving the talking filibuster, which would require senators who wish to block legislation to hold the floor and speak continuously. Sen. Joe Manchin (D-W.Va.), the most conservative Democrat in the Senate, has also indicated that he supports the idea.

With momentum clearly on the side of diminishing the power of the filibuster, Adam Jentleson of the Battle Born Collective said in an appearance on MSNBC Thursday that "it would be wise for senators to start thinking very seriously about whether or not we should just go ahead and do the reform now."

"What are we waiting for?" asked Jentleson, who served as an aide to former Senate Majority Leader Harry Reid (D-Nev.). "We don't need any further proof that Republicans are going to obstruct."