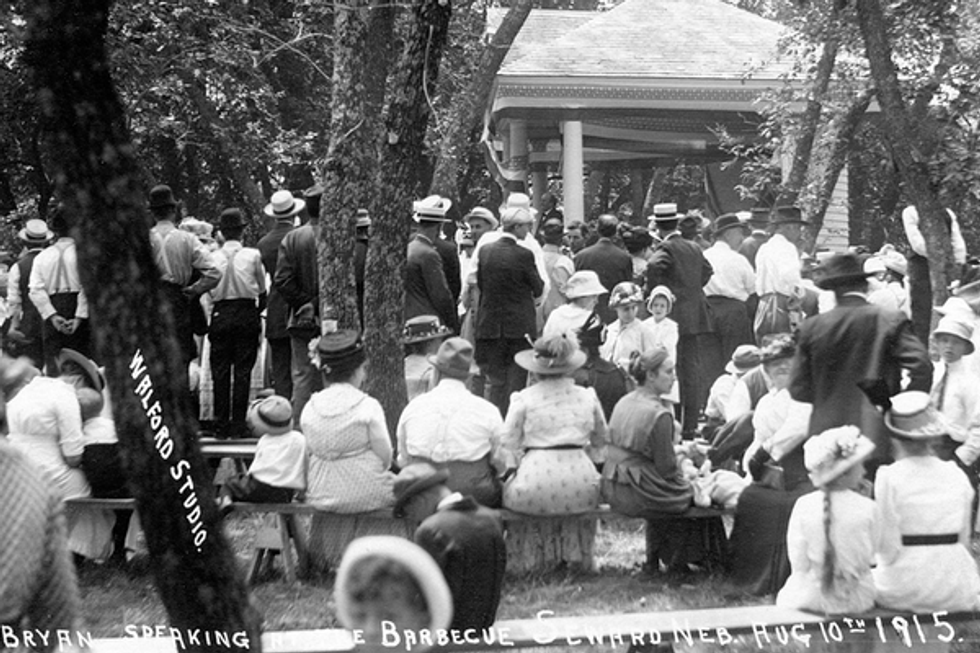 The story of Great Plains politics is about how a once independent region full of gracious people became so baptized into Republican orthodoxy that they've placed their hopes in fortunate sons and narcissistic TV stars.

I've spent most of my life in Nebraska, where I watched Republicans become increasingly dominant. In 1989, the year I was born, both of Nebraska's US senators were Democrats, as was one of its three House reps. The following year, Nebraskans elected Democrats for governor, auditor, and state treasurer. By 2020 all those seats were firmly held by Republicans. We haven't had a Democrat as governor for more than two decades, and the Republicans we elect continue to get more conservative. I unpack how and why this happened in my new book "Rural Rebellion: How Nebraska Became a Republican Stronghold."

What happened in Nebraska is so consequential because it happened in other states, too, particularly in the Great Plains. Following the 1980s farm crisis, states with large rural voting blocs saw many seats flip from red to blue. By appealing to economic issues, such as federal support for agriculture, Democrats in Nebraska as well as in North Dakota, South Dakota, Iowa, Missouri, Oklahoma, and other states were able to defeat Republicans tethered to conservative doctrine. Republicans wrestled back that power. These states that once helped Democrats become the majority in the Senate are now an albatross for the party. Five of the six individuals South Dakota and North Dakota sent to Congress in 1989 were Democrats, but the Dakotas have zero Democrats combined as of this writing. Kansas used to have two Democrats in Congress, but now it has one. Oklahoma sent five Democrats to Congress, now it sends zero. Missouri sent five Democrats to Congress in 1989; now it sends two.

During the New Deal and Great Society, the moderates and liberals these states used to send to Congress were instrumental in getting progressive laws passed that supported unions and public-power projects. Throughout the 1980s and 1990s, representatives from these states backed public education initiatives, legislation that supported the well-being of the working class, and equal rights laws. Those days are gone. These states no longer give Democrats the incremental votes they need to pass legislation. And the Republicans they elect now are much more conservative than Republican politicians were thirty years ago, which adds further difficulty in getting progressive legislation passed. The region has strayed so far rightward it feels blasphemous to suggest that things haven't always been this way.

What's happened is that the uniformity and polarization of national political parties made it harder for Democrats to get elected there, and loyal Republicans filled this vacuum. This is a new development that sprung up in my lifetime. Some of the historical writings I came across while researching my book seem quaint compared to today's hyperpartisan political environment. "Historically, party identity and loyalty has often played a secondary role in determining the support Nebraskans have given political candidates," wrote Nebraska historians James Olson and Ronald Naugle. "Correspondingly, the Republican or Democratic labels have not necessarily connoted the degree of conservativism and liberalism which at any point might describe the same parties on a national level."

Democrats unintentionally helped enable Republican domination in my home state by pulling back their campaigning in the area, struggling to build an infrastructure in the heartland to support local candidates, bickering among each other, and only reaching out to locals when there was a high-profile race they thought they could win. The perception among the people I grew up with is that Democrats pushed their party so far to the left that they've made elections insurmountable for Democrats who used to win in the heartland. In Nebraska, this helped contribute to many people leaving the party. When I was born, 42 percent of Nebraska voters registered as Democrats; today just 29 percent do. The dwindling share of Democrats makes it all but certain that for most races the winner is decided in the Republican primary.

Meanwhile, Republicans trump opponents with their ad spending, unite behind their candidates, and get their messages continually amplified by Fox News, local Rush Limbaugh imitators, churches, and coffee shop gossipers who keep regurgitating the same messages back and forth to the point that nobody knows who generated the arguments to begin with. This feedback loop enables conservatives to ride to glory on the wings of cultural wedge issues like guns, abortion, and immigration.

There's no single bullet that stripped this region of its political moderation. The reasons behind this political change are many and they are not mutually exclusive.

Nebraska's a state that used to make life hell for monied interests, rallying behind progressives like William J. Bryan. Now the state nails itself to the Cross of Gold. Aside from placing faith in a bombastic reality-TV star, it elected a governor from a family worth billions who uses his connections and wealth to target fellow Republicans he finds too moderate. Due to deregulation of campaign finance, many donors remain hidden as they spread their Washington-led partisanship into our state. Brain drain, the glut of elderly voters, the growing rural-urban divide, and people increasingly choosing to live among like-minded folks play their part too in creating polarization across the heartland.

While Donald Trump's rise was unparalleled, much of middle America has been moving to the right for a while. In fact, this decades-long political shift helped enable him.

Ross Benes is the author of Rural Rebellion: How Nebraska Became a Republican Stronghold, published by the University Press of Kansas. You can follow him on Twitter @RossBenes and reach him at rossbenes.com.

Parts of this essay have been adapted from the book Rural Rebellion: How Nebraska Became a Republican Stronghold, courtesy of University of Kentucky Press.