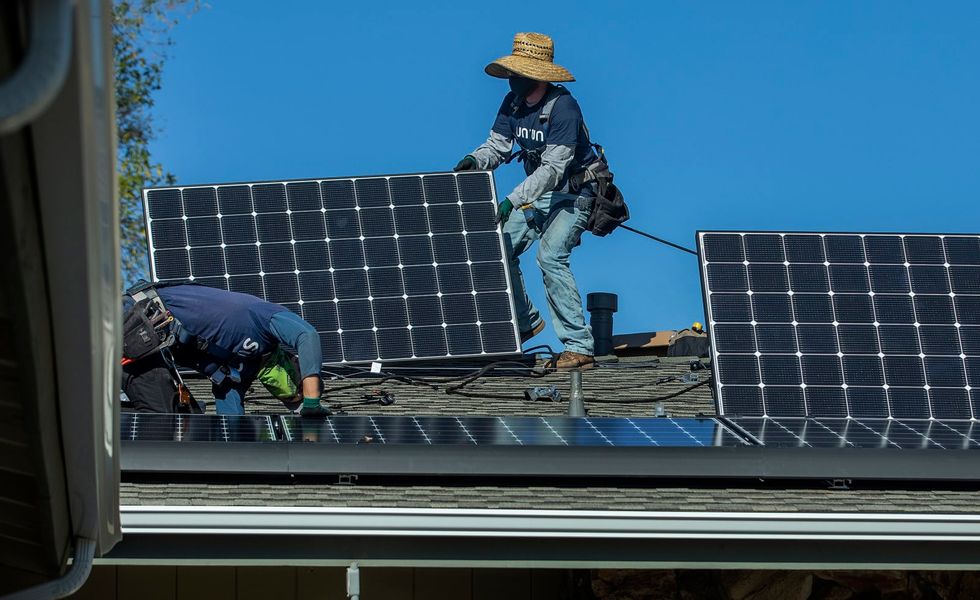 Workers install solar panels on the roof of a home in Granada Hills, California, in January 2020. - Mel Melcon/Los Angeles Times/TNS

In recent years, several states have created or helped to fund specialized banks that lend money to homeowners and businesses for energy-saving and climate projects. Now, states have billions more reasons to establish such institutions, known as green banks. Congress last year approved a Greenhouse Gas Reduction Fund of $27 billion, largely to pour money into green banks and similar financial institutions. Newly established green banks from Nevada to Illinois are readying for federal support that could supercharge their efforts, while bipartisan leaders in places such as New Mexico and Alaska ...