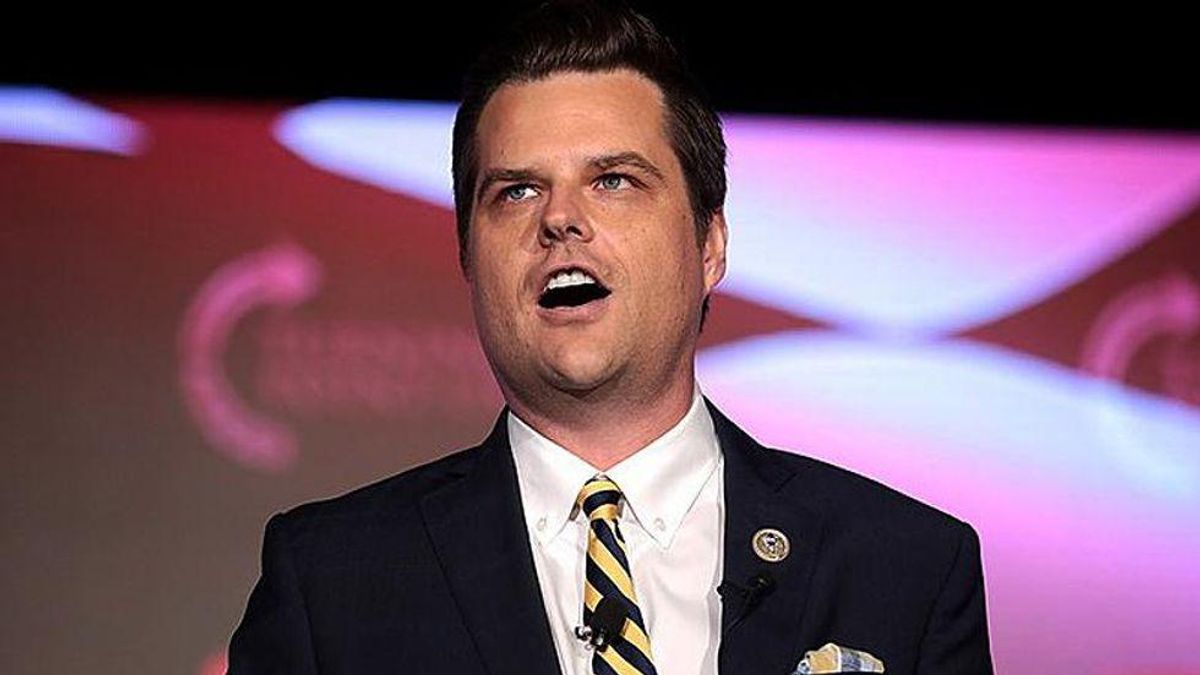 CNN legal analyst Elie Honig on Monday went over some details in Greenberg's plea deal and said it all adds up to very bad news for Gaetz.

Honig started out by explaining that the nature of Greenberg's admitted crimes -- which will also include identity theft and wire fraud -- would normally make him a tough witness for prosecutors to rely on for testimony.

However, Honig said that prosecutors' willingness to use Greenberg leads him to believe that they have substantial documentary evidence that can back up his claims and overcome jurors' doubts about his personal honesty.

Honig then noted that the document also contains references to text messages and phone calls in which Greenberg conversed with the minor about setting up sexual encounters with other adult men.

"The prosecutors are letting us know they have the goods," he said.