Greg Abbott: Texas voter suppression bill 'has absolutely nothing to do with the past presidential election' 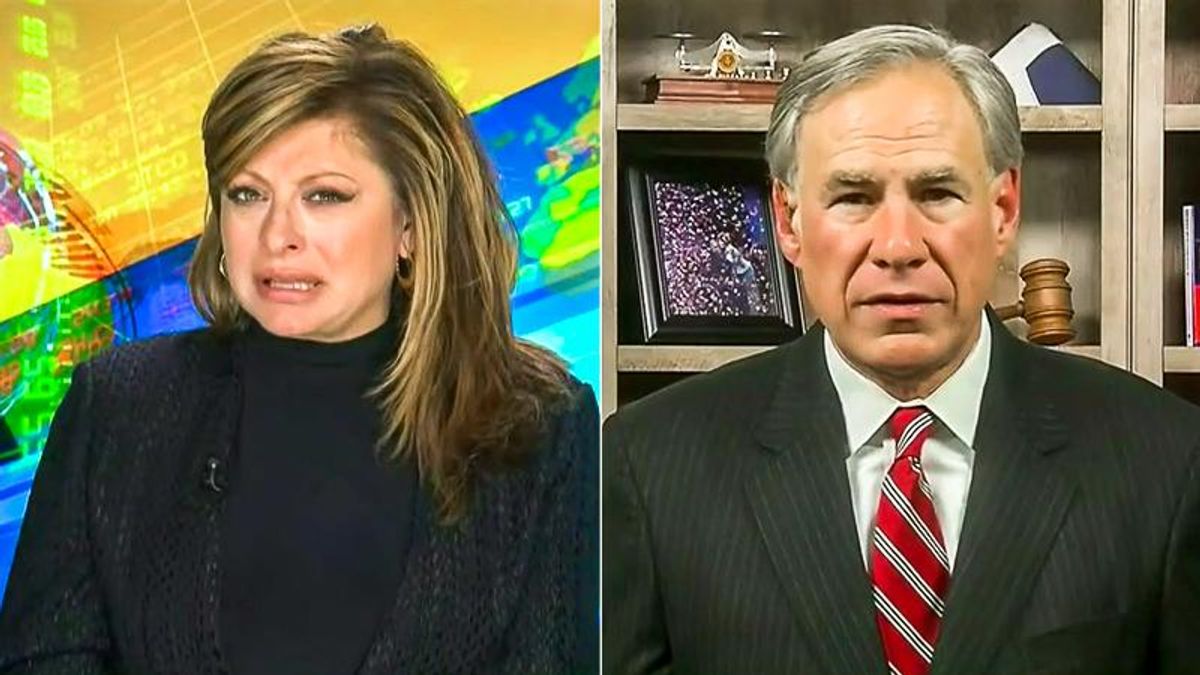 Texas Gov. Greg Abbott (R) on Sunday claimed that a Republican bill to make absentee voting more difficult "has absolutely nothing to do" with former President Donald Trump's loss in the 2020 election.

While appearing on Fox News, Abbott was asked about when he would sign a bill that restricts the ability to send out absentee ballots, makes it difficult to remove poll watchers for bad behavior, and increases penalties for election officials who provide certain kinds of assistance to voters.

"It should pass this coming week and I'll be signing it immediately," Abbott revealed. "What this law really does -- in Texas, every session we focus on making sure we have safe and secure elections and this has absolutely nothing to do with the past presidential election."

"One thing we do know in Texas, mail-in ballots are rife with fraud as well as ballot harvesting," he insisted.

Abbott then repeated a story about how cocaine was allegedly used to influence votes in a 2014 school board election.

"They were using cocaine to buy votes," he said. "We're just trying to make sure we crack down on voter fraud like that."