Group wants to save a Florida Keys lighthouse. The feds gave them the job 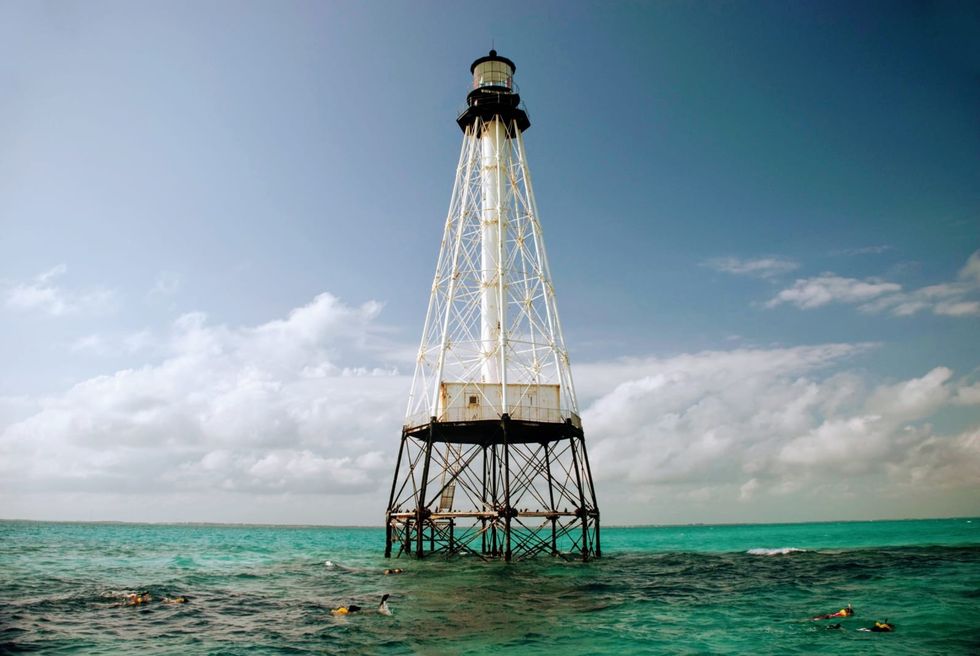 Alligator Reef Lighthouse is an honored symbol for the Village of Islamorada, appearing in the center of its official seal. - Dreamstime/TNS

MIAMI -- Fittingly, Rob Dixon was dockside on the waters of the Florida Keys when he learned that he and others had a shot at restoring a piece of maritime history. That’s the Alligator Reef Lighthouse, which was first lit in 1873 and sits four miles off Islamorada in the Upper Keys. Dixon, a longtime charter boat captain in Islamorada who still runs boats, checked his email to find a message from the U.S. Department of the Interior. It said the federal government was handing over ownership of the lighthouse to the nonprofit he helps run. “Goosebumps, just goosebumps,” said Dixon, 60, presiden...