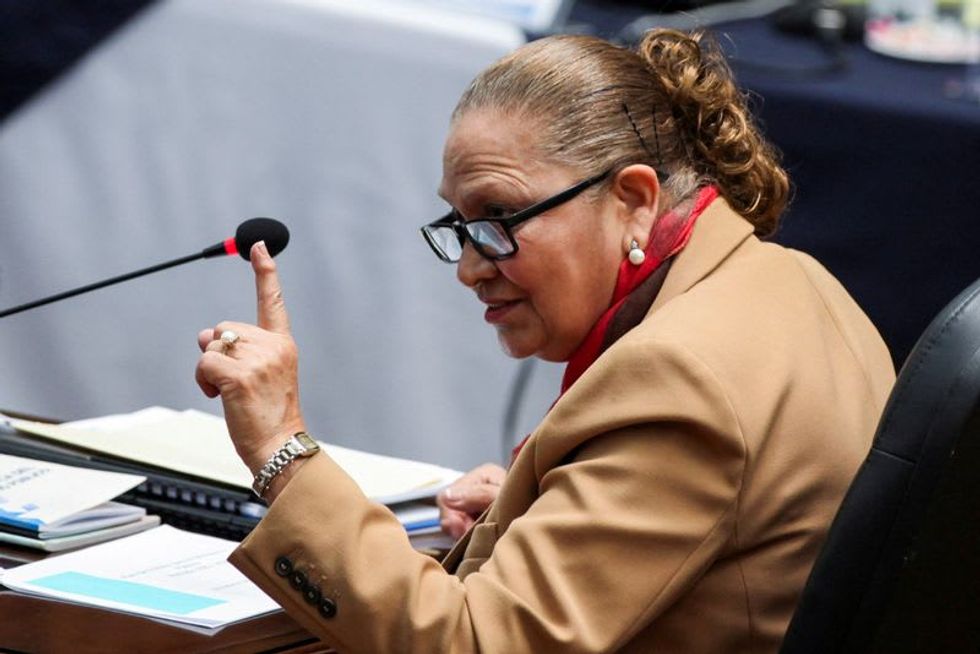 GUATEMALA CITY (Reuters) - Guatemalan President Alejandro Giammattei re-appointed the country's attorney general to a new term on Monday, just months after the prosecutor was accused by the U.S. government of dismantling anti-corruption efforts.

Last year, Maria Consuelo Porras was included in the list of "corrupt and anti-democratic actors" published by the U.S. State Department, singled out for thwarting corruption investigations with arrests and other actions.

U.S. Secretary of State Antony Blinken said in a tweet late on Monday that "Attorney General Porra's corrupt acts undermine democracy in Guatemala," and called on Guatemalans to encourage accountability, respect and the rule of law.

In recent days, the president blasted as interventionist calls to deny Porras a second term, as well as defending her record as impartial and non-ideological.

Giammattei said last week he received calls, threats and a visit from the ambassador of a "foreign power" asking him not to re-appoint Porras.

Following Giammattei's fresh vote of confidence, Porras will remain in her post four more years, after first taking over as attorney general in 2018.

After the 68-year-old lawyer fired the former head of the Guatemalan Special Prosecutor's Office Against Impunity (FECI) last year, claims that Porras was obstructing investigations related to Giammattei grew.

During Porras's first term her office also arrested several FECI officials as well as a lawyer from the United Nations-backed anti-corruption commission CICIG that was expelled from Guatemala in 2018 after its probes led to convictions of former presidents and high-level businessmen.

Other FECI officials resigned claiming they were pushed out in a political persecution, which Porras has denied.

Corruption in Guatemala is often cited as a major push-factor behind increased migration to the United States, along with joblessness and gang violence.

"Porras has been dedicated to stopping corruption investigations and pushing spurious cases against journalists, prosecutors and judges," Juan Pappier of Human Rights Watch wrote in a post on Twitter.

"Guatemalan democracy is at serious risk."