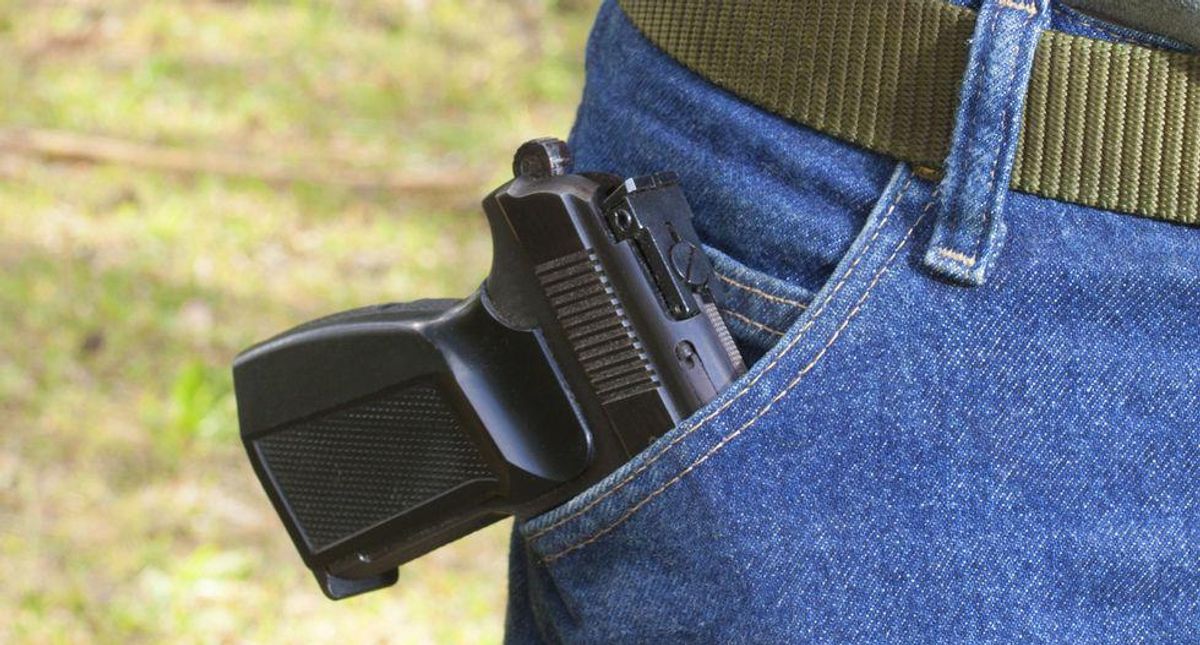 Eastern Iowa man, Todd Michael Hansel, convicted of domestic violence is suing the state after he was denied a gun permit, according to The Iowa Capitol Dispatch.

"The dispute coincides with efforts by Republican state lawmakers to eliminate the legal requirement that Iowans apply for and be granted a permit to carry a handgun," said the report.

Hansel applied for a permit to carry a handgun and was denied by Sheriff Joseph Kennedy, because of a 2009 conviction for the "misdemeanor crime of domestic violence." He appealed the decision to an administrative law judge in the Department of Inspections and Appeals. The judge, in that case, upheld the decision to block the gun permit.

Hansel's attorney is arguing that he was convicted of "disorderly conduct by fighting," which doesn't mean "domestic violence." According to Iowa law, "a misdemeanor crime of domestic violence is defined as an assault committed by a current or former spouse, parent, or guardian of the victim, or by a person with whom the victim has a child," the report explained.

"The lawsuit does not outline the circumstances of Hansel's arrest, and Iowa Courts Online includes no record of Hansel being convicted of disorderly conduct by fighting," the report explained." That could be because the conviction is in another state, or because the conviction was erased from the public record through the granting of a deferred judgment."

But under Iowa laws, those who have been convicted of misdemeanor domestic violence and knowingly has a firearm is guilty of a felony.

Meanwhile, Republicans are working to eliminate any need for safety training or permits to carry a gun, with a piece of legislation awaiting Gov. Kim Reynolds' signature. That bill hasn't changed laws that prevent those with domestic violence convictions from possessing a gun.

Read the full report at The Iowa Capitol Dispatch.