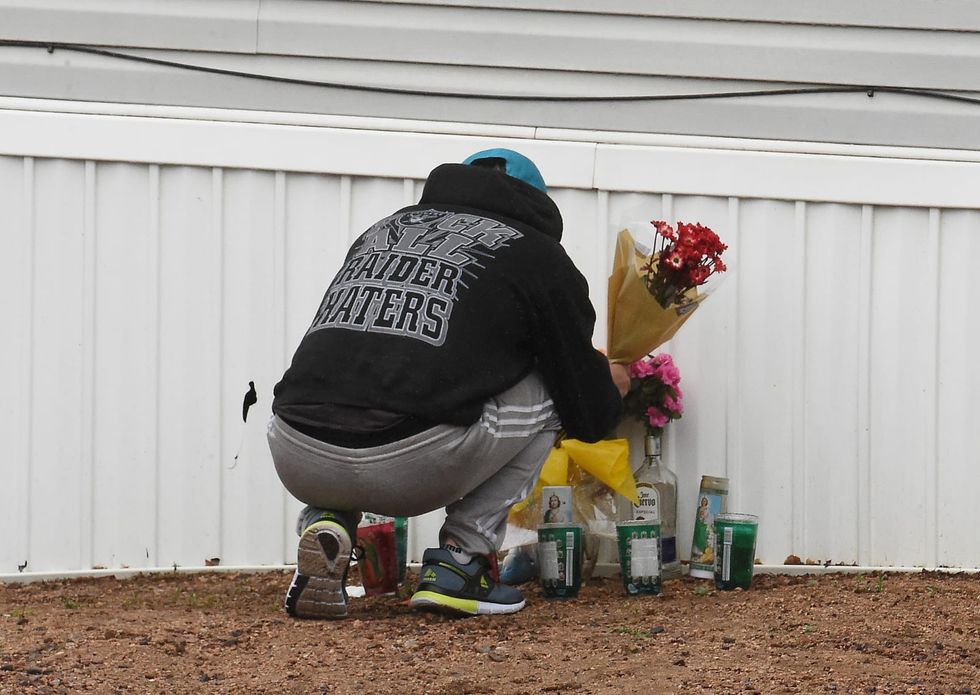 Ricardo Caballeros was an acquaintance with the family members that were killed early Sunday morning, May 9, 2021 at the trailer park in Colorado Springs, Colorado. - JERILEE BENNETT/TNS

The man suspected of fatally shooting six people before dying by suicide early Sunday morning at a Colorado Springs birthday party was identified by police as Teodoro Macias Jr. Macias, 28, was angry that his girlfriend did not invite him to the party and responded by killing her and five adult relatives, police said at a Tuesday press conference. “At the core of this horrendous act is domestic violence,” Colorado Springs Police Chief Vince Niski said, adding that Macias “displayed power and control issues” in the relationship. Macias was dating Sandra Ibarra for about a year before he killed ...