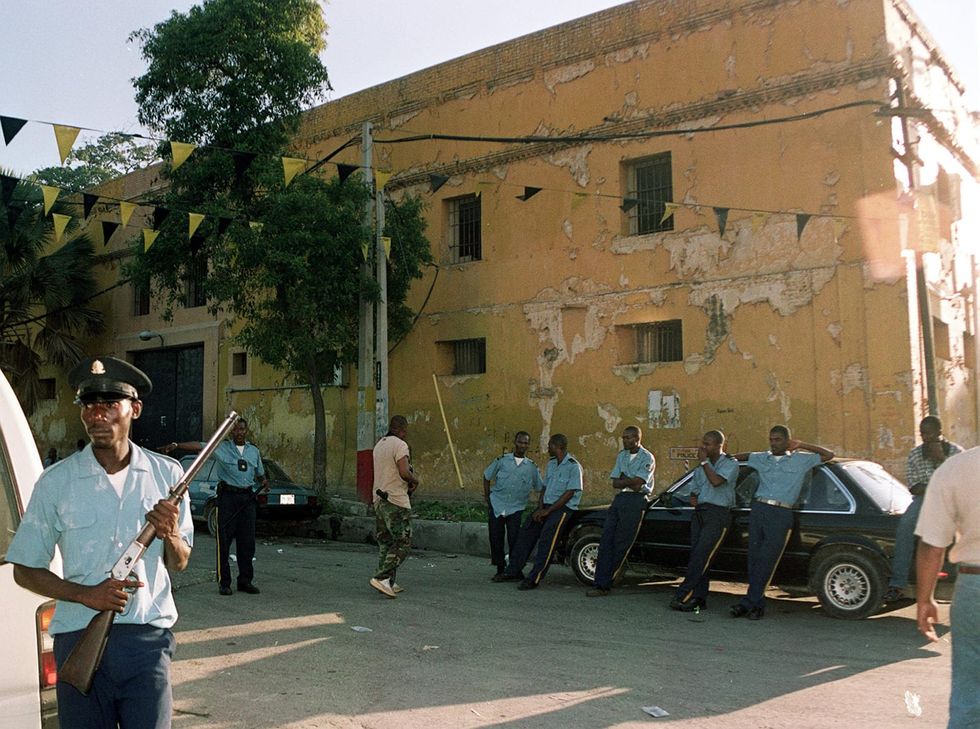 The leader of a Haitian gang that kidnapped 17 American and Canadian missionaries on the eastern outskirts of Port-au-Prince last October was indicted Tuesday by a federal grand jury in the District of Columbia. Germine Joly, 29, who is better known as “Yonyon,” was charged with conspiracy to commit hostage taking for his role in the armed kidnapping of 16 U.S. citizens in Haiti. The victims, including five children, were Christian missionaries serving in Haiti. Most of them were held captive for 61 days by the gang 400 Mawozo. The gang’s No. 2 demanded $1 million in ransom per victim and thre...