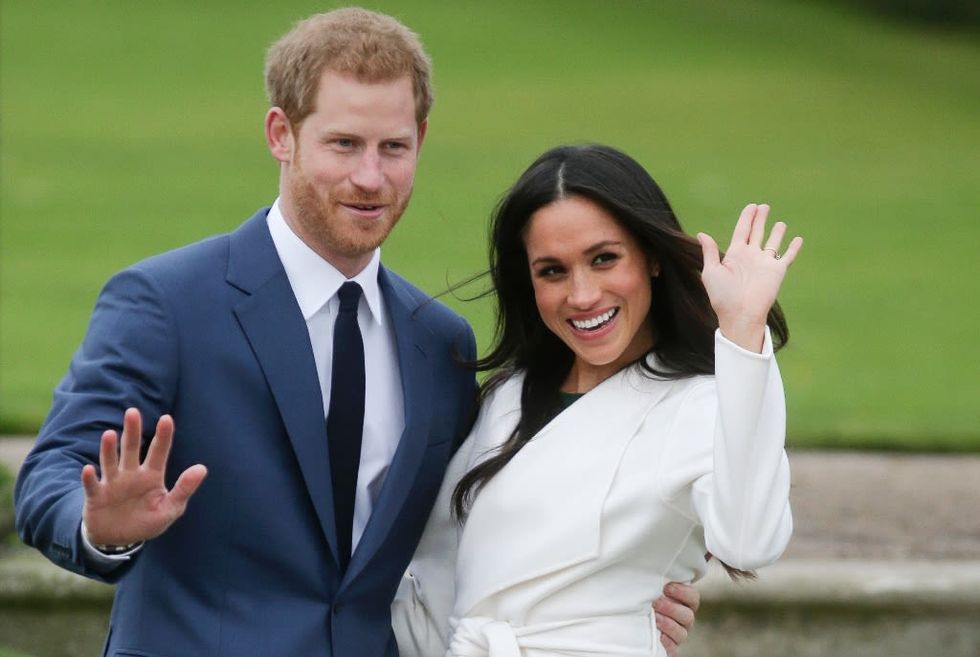 Los Angeles (AFP) - When Prince Harry and Meghan Markle headed to California in search of a sunny and glamorous new life, they probably didn't expect so much of their first year would be spent stuck at home.

But any hopes of establishing a swift presence on Tinseltown's red carpets have been placed on indefinite hold by a brutal winter Covid spike, which has kept tight restrictions in place across the Golden State some 12 months into their new life.

"It's been lockdown -- this is the first chance I've had to see LA," Harry admitted to late-night talk show host James Corden, a fellow Brit, in an interview aired last week, as he gazed out at palm tree-lined streets from the roof of an open-top bus.

The metropolis was briefly their home, although their short stay at a Beverly Hills compound owned by entertainment tycoon Tyler Perry was not a happy one -- the pair swiftly became embroiled in a legal battle with paparazzi over photos taken of their son Archie.

They relocated again in July to Montecito, a small and affluent seaside city 100 miles (160 kilometers) up the coast, where a spokesperson said they had "settled into the quiet privacy of their community."

The area is home to a handful of showbiz stars including Oprah Winfrey, Ellen DeGeneres and Rob Lowe.

But even to Hollywood A-listers, the couple's day-to-day life remains shrouded in secrecy.

"He lives about a mile from me. He has been very reclusive," Lowe said on Corden's show in January.

"Seeing him in the neighborhood is like seeing the Loch Ness Monster."

Los Angeles-based PR executive Eric Schiffer said it was unlikely "they're spending much time with celebrities."

"That's not the normal hangout for celebrities -- it's Beverly Hills, and Bel Air, and Malibu and West Hollywood. Not Montecito."

According to celebrity branding expert Jeetendr Sehdev, the couple's low profile beyond the occasional Zoom appearance is not deliberate and "definitely pandemic-related."

"I have no doubt that we'll be seeing them at more celebrity events, on red carpets, in the future," said the bestselling author of "The Kim Kardashian Principle."

"They've chosen to remain firmly within the world of media and entertainment."

Although a source confirmed the Duchess of Sussex has no plans to return to acting, a key to the couple's new career will be their deal to produce "impactful" films and series for Netflix.

No financial terms were disclosed, but the multi-year, exclusive agreement with the streaming giant is certain to be highly remunerated.

The pair's continued absence from Twitter and Instagram, however, has added to a sense among content-hungry millennials and Gen Z Americans that Harry and Meghan "seem to not want to engage," said Schiffer.

"I think many Americans wonder why they have this aversion to social media... are they trying to live an experience in America as these elites that are above it all?" he said.

There have also been occasional sightings of the couple doing charitable work, including delivering meals to sick people in Los Angeles last spring, and a cemetery wreath-laying for November's Remembrance Day.

The carefully stage-managed nature of these outings has done little to improve a "rocky start" for the pair's new California brand, experts said.

"I think the danger of doing ad hoc charity work is that people are going to perceive that as being a photo shoot opportunity," said Sehdev. "And that could backfire on the brand... it seems somewhat disorganized."

"They could be spending all their time in Montecito feeding the homeless, but many doubt it," added Schiffer.

Prince Harry and Meghan are set to open up in a much-hyped interview with their neighbor Winfrey airing Sunday.

Still, Schiffer predicted the "intimate" chat is unlikely to yield many startling details about their private lives.

"Oprah is not going to be throwing any hardballs -- she lives in the same general area as the two," he said.

"There's only so many vegan restaurants in town."