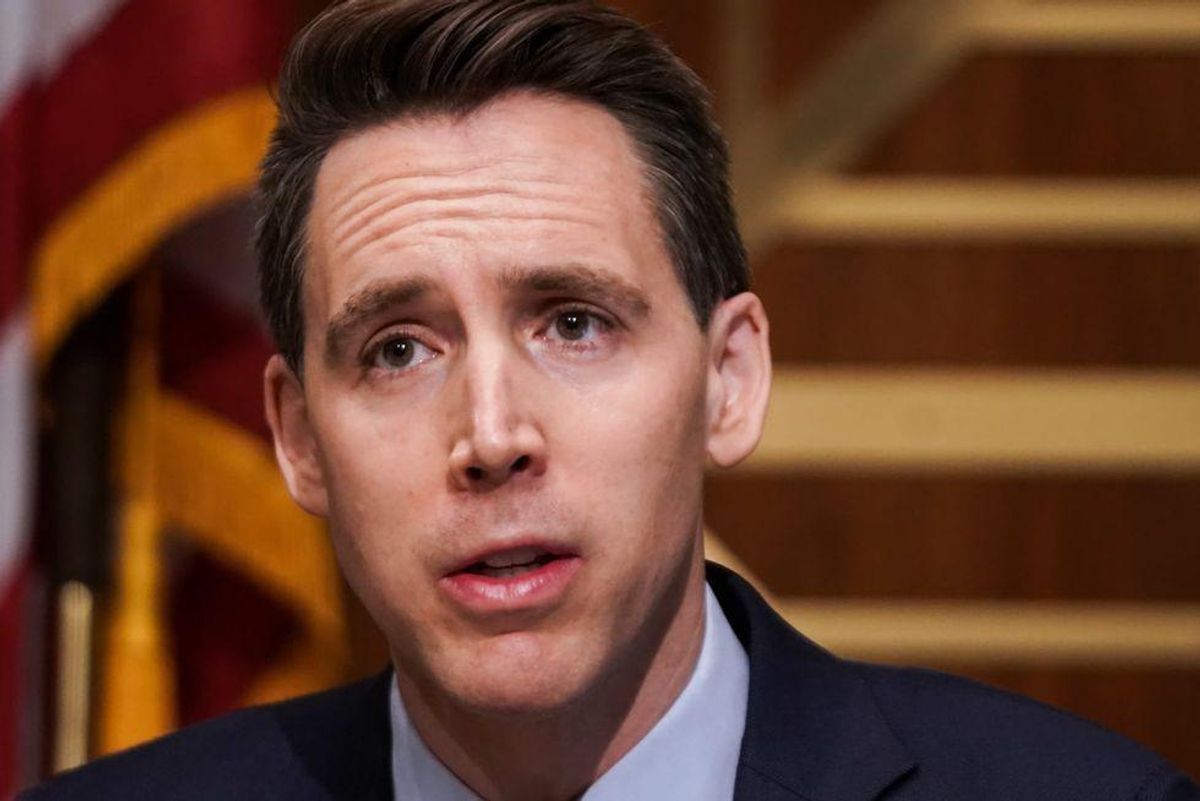 Sen. Josh Hawley (R-Mo.) may be a rising star among Trump supporters and other far-right members of the Republican Party but due to his support of the former disgraced president's attempted coup, there are a lot of people who are not pleased with his actions.

In fact, the progressive PAC VoteVets is part of the growing list of people who disagree with Hawley's stance. According to The HuffPost, the group released a new ad clip about the Missouri lawmaker. In the video, the narrator says, "Hate Crime Hawley, it's right on brand."

The group, which advocates for Democratic veterans to be elected to Congress, slammed Hawley in their new ad as they criticized his opposition toward the COVID Hate Crimes Act which aims at combatting the uptick in hate crimes against Asian-Americans. According to the publication, the ad highlights how Hawley's "first political ad 'was a xenophobic attack on Asians' and how his role model is ex-President Donald Trump, whose incendiary rhetoric has been linked to an uptick in anti-Asian hate."