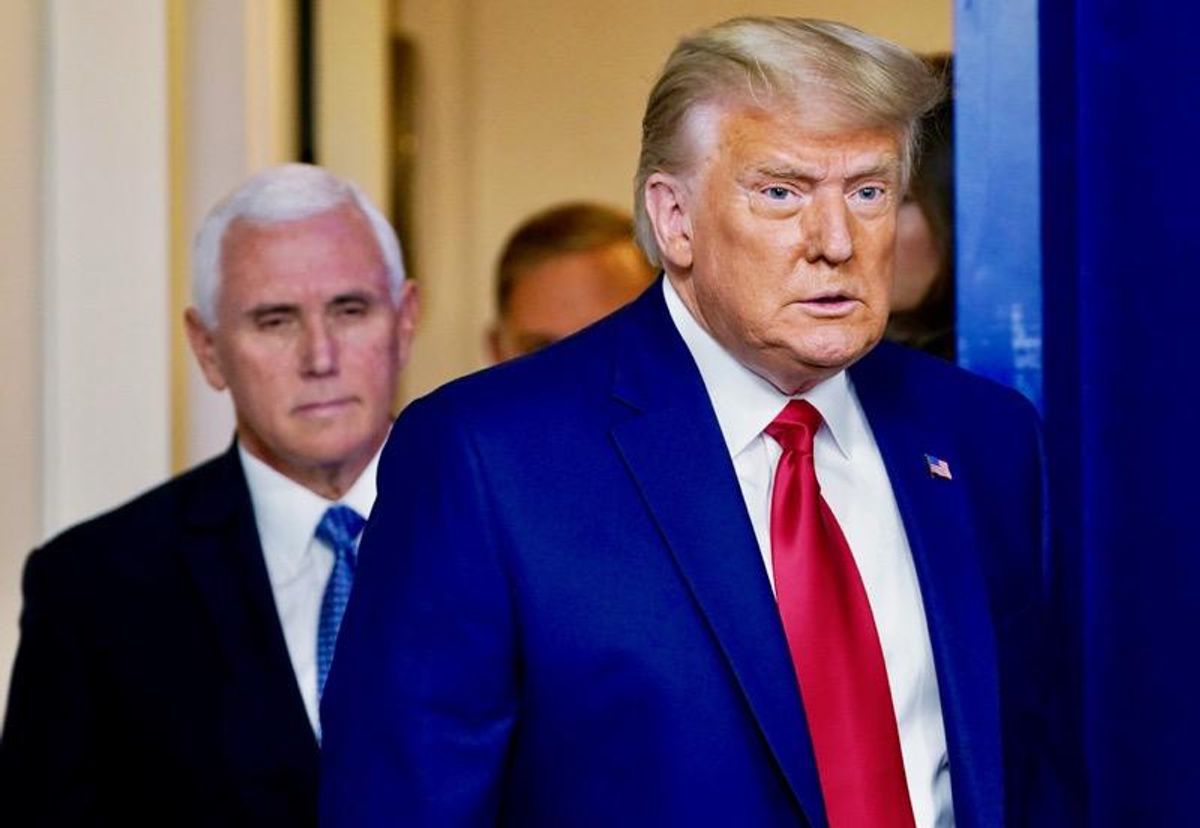 Shortly after day's proceedings in the impeachment trial of Donald Trump wrapped up on Friday, CNN published a new report revealing explosive details that go to the heart of the trial.

Citing multiple Republican House members as sources, including one on the record, CNN reported on a conversation between Trump and House Minority Leader Kevin McCarthy during the Jan. 6 Capitol attack that the former president is accused of inciting. During the trial, Trump's lawyers argued that he had no role in the attack, despite his speech urging the mob to "fight" beforehand and the rioters' own comments claiming they were acting on behalf, in addition to other evidence of his intent.

But CNN's report brought forward what might be the most explicit evidence yet of Trump's intent to incite the rioters as he hoped to stop the counting of the Electoral College votes making Joe Biden the next president. It also indicates he was trying to leverage the attack in his efforts to overturn the election.

"Well, Kevin, I guess these people are more upset about the election than you are," Trump said on Jan.6 in the phone call, CNN reported. It cited "lawmakers who were briefed on the call afterward by McCarthy."

McCarthy, in response, reportedly said: "Who the f--k do you think you are talking to?"

At the very same moment, the report said, "rioters were breaking into his office through the windows."

"You have to look at what he did during the insurrection to confirm where his mind was at," Washington Republican Rep. Jaime Herrera Beutler told CNN, confirming the account of the call on the record. "That line right there demonstrates to me that either he didn't care, which is impeachable, because you cannot allow an attack on your soil, or he wanted it to happen and was OK with it, which makes me so angry."

As senators prepare to determine Trump's fate, multiple Republicans thought the details of the call were important to the proceedings because they believe it paints a damning portrait of Trump's lack of action during the attack. At least one of the sources who spoke to CNN took detailed notes of McCarthy's recounting of the call.

This adds to the evidence, which was already substantial, that Trump was using the Capitol attack to pressure Congress into overturning the 2020 presidential election.

"So we have yet another smoking gun," said Norm Onstein, of the American Enterprise Insititue. "Two points. Shows McCarthy's cowardice on impeachment. Shows Trump reveled in the violence."

McCarthy had previously discussed his call with Trump, but not in as much detail.

"I called the president," McCarthy had said. "I begged him to go talk to the nation."

According to a previous report by Jake Sherman of Punchbowl News, the pair "got into a screaming match ... as an enraged mob of Trump supporters attacked the Capitol, according to a source familiar with the episode. McCarthy, one of the president's closest allies in Congress, demanded that Trump release a statement denouncing the mob. Initially, Trump would not agree to do it."