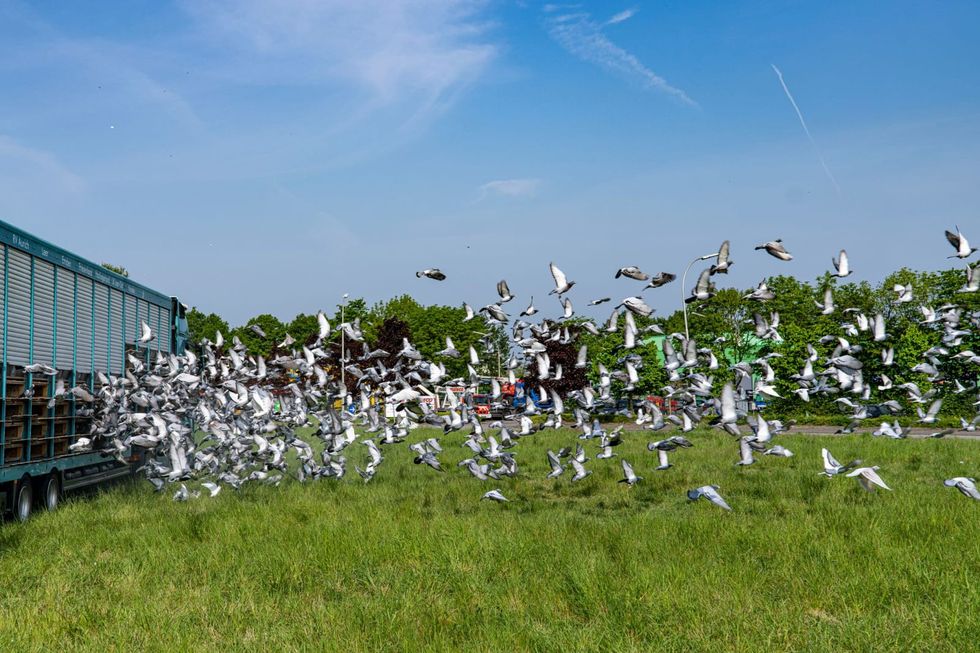 Pigeons are released from a pigeon travel van in Alpen as part of the so-called "peace flights" campaign across Germany to call for an end to Russia's war in Ukraine. Arnulf Stoffel/dpa

Homing pigeons are being sent on so-called "peace flights" across Germany on Saturday and Sunday to call for an end to Russia's war in Ukraine. In German the word for pigeon and for dove is the same.

The president of the Association of German Homing Pigeon Breeders, Ulrich Peck, told dpa that part of the proceeds from the transport of the homing pigeons to the departure points will be donated to the war effort.

The homing pigeon organization from Germany's East Frisian region oversaw the send-off of around 6,000 pigeons in the Lower Rhine region on Saturday morning. The pigeons will fly some 200 kilometres until they reach their destination.

The association is asking people to contribute €5 ($5.30) per pigeon and hoped to receive €10,000 to 15,000 in further donations for the war effort, said Winfried Helmerichs, its chairman.

"The dove has always been a symbol of hope and peace - that's exactly what we want to remind people of," Peck said.

In total, more than 300 vehicles are transporting pigeons to send-off locations throughout Germany, he said.

For homing pigeon clubs, the flying season starts this weekend. According to a spokeswoman for the Federal Association of Carrier Pigeon Breeders, the birds can cover a maximum of 650 kilometres.

In Germany, about 28,000 people are members of homing pigeon clubs. More than half of them participate in the season. The owners pay a contribution towards the cost of transporting the pigeons to departure points.