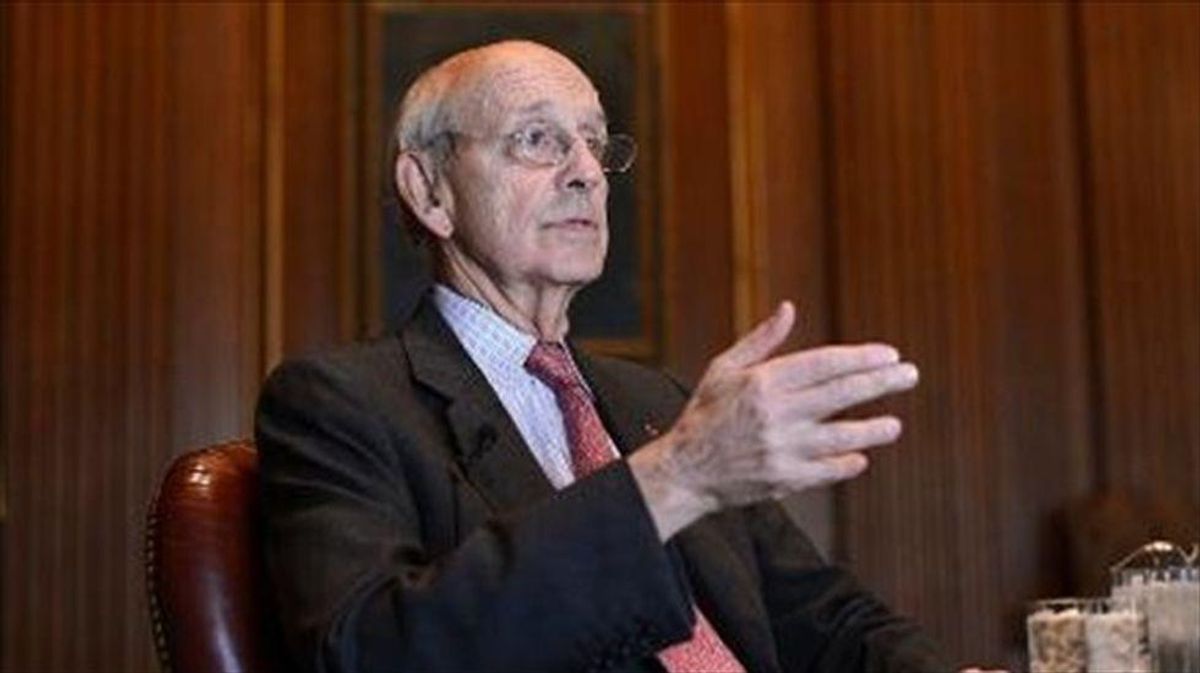 US Supreme Court Justice Stephen Breyer answers a question during an interview at the Supreme Court in Washington, DC, on May 17, 2012 [AFP]

Someone please print this out and deliver it to Justice Breyer https://t.co/wLlrsPrg9d
— Jordan Weissmann 🗽 (@JHWeissmann) June 14, 2021

Dear Justice Stephen Breyer...
Mitch McConnell hopes you stay in Fantasyland. But HUNDREDS OF MILLIONS can't risk your delayed SCOTUS retirement. McConnell says he'll block a Biden Supreme Court nominee. You saw what he did for Garland & Barrett. Our house is on fire. WAKE UP!! — Jake Lobin (@JakeLobin) June 14, 2021

Breyer needs to retire. Greatness in public service has to also mean knowing when it's time to pass the baton, and it's time.
— Charlotte Clymer 🏳️🌈 (@cmclymer) June 14, 2021

Can someone show this to Stephen Breyer where he lives in outer space https://t.co/Ald0sfx9TG
— Jon Lovett (@jonlovett) June 14, 2021