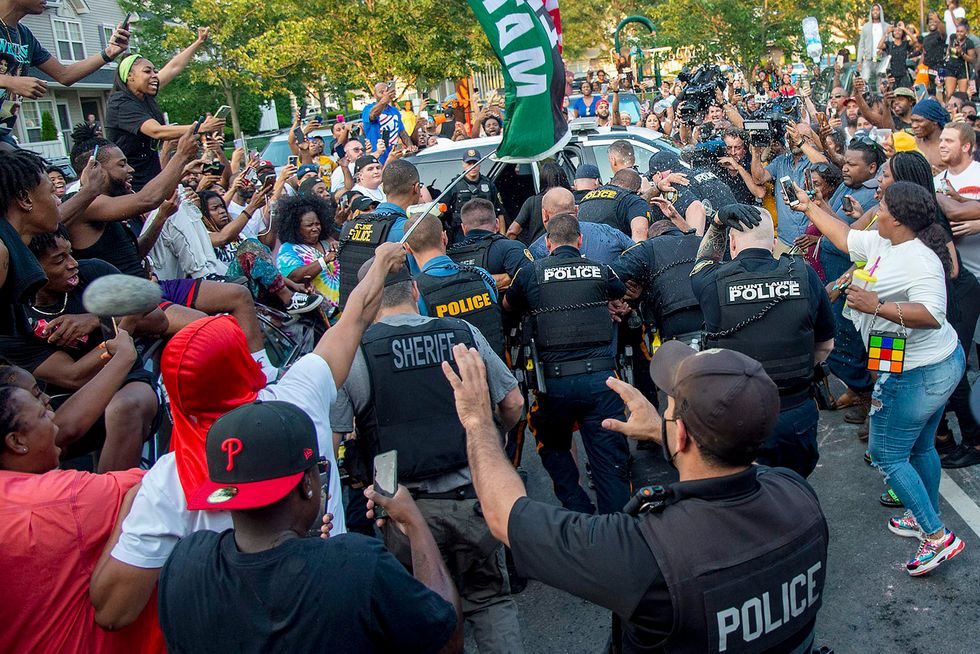 Police escort Edward Cagney Mathews on Monday, July 5, 2021, through the crowd of people who had gathered outside his Mount Laurel, New Jersey, home after he yelled racist slurs at a neighbor. - Tom Gralish/TNS

PHILADELPHIA — The troubles in the Essex Place neighborhood began shortly after Edward Cagney Mathews moved into the Mount Laurel development about two years ago: Threats, slashed tires, busted windows, cars vandalized with BB guns and smeared with animal feces. Racist graffiti was painted on a wooden fence near the home of the homeowners association board president. Other elderly Black residents who served on the board also became targets. Mathews, who neighbors say clashed with just about everybody, was twice fined $500 in the past year by the association for what it deemed “unbecoming condu...