The Conversation
Russian authorities have launched a clampdown as opposition politicians are fighting to get on the ballot for a Moscow parliament election in September AFP / Kirill KUDRYAVTSEV
The range of anti-Russian measures taken by countries around the world since the start of Russia’s invasion of Ukraine is virtually unprecedented and hearkens back to the darkest days of the Cold War.

They’ve assumed many forms but broadly include economic sanctions, military support for Ukraine and boycotts of Russian exports. Other forms of resistance, undertaken primarily by nonstate actors, focus more on Russian culture – its music, literature and arts – with the country’s conductors dismissed from European concert halls and pieces by Tchaikovsky excised from set lists.

Yet there is no single country, international organization or command center directing these efforts.

In a March 25, 2022, speech to Russia’s leading cultural figures, Putin asserted that all of these actions – whether military, economic or cultural – amount to a single, concentrated plan by the West to “cancel” Russia and “everything connected with Russia,” including its “thousand-year history” and its “people.”

The sweeping, uncompromising nature of his rhetoric may sound hyperbolic and even absurd to Western ears; however, in Russia that is not necessarily the case. Many people there seem to accept Putin’s premise, not just because it seems to fit present circumstances, but because the idea of the nation surrounded by its enemies has deep historical roots.

In my book “Russia: The Story of War,” I explore how Russia has long imagined itself as a fortress, isolated in the world and subject to perpetual threats.

For centuries, Russia has often been derided as overly, if not pathologically, paranoid: always suspicious of outsiders while harboring plans of conquest.

Though it would be difficult to deny that the country has been guilty of aggression and has sometimes invaded neighbors – Ukraine being but the latest example – Russians often prefer to highlight another aspect of its history, equally undeniable: It has been the target of foreign invasion for centuries.

From the Mongols in the 13th century, to the Crimean Tatars, Poles and Swedes in the 16th through 18th centuries, to La Grande Armée of Napoleon in the 19th century and Hitler’s Wehrmacht in the 20th, Russia has routinely found itself fending off attacks from foreigners. These chapters of Russia’s past make it easy to paint an image of a country routinely battered and victimized. 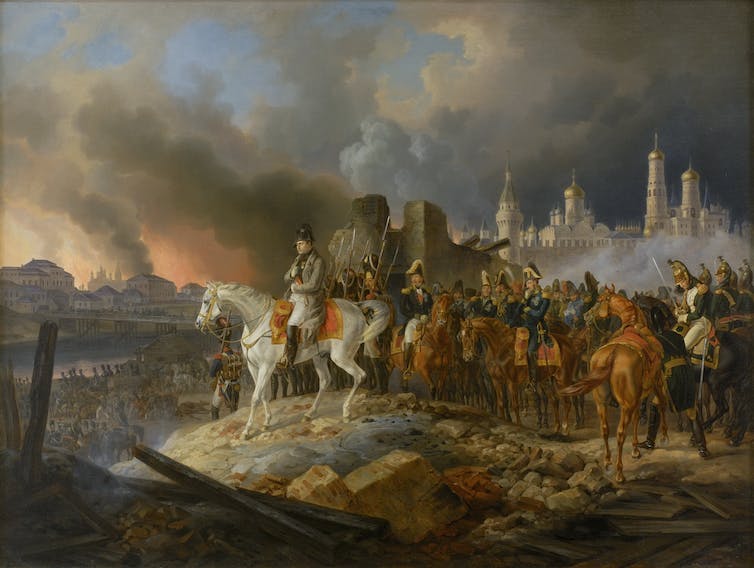 Isolationism took on a different but related form in the 20th century: Before the end of World War II, Soviet Russia was the only country in the world professing a belief in Marxism and, for this reason, was a pariah in the eyes of most other countries.

The expanse of Soviet control over other nations after the war, therefore, could be seen as a defensive maneuver – a hedge against future invaders.

An island of Christianity

Russia’s rendering of itself as a geopolitical fortress coincided with the development of its identity as a bastion of Christianity.

In the 16th century under Ivan “the Terrible,” the ruling elite of Muscovy, as the land of Russia was known then, propagated the idea of it being the Third Rome: the God-ordained, sole home of true Christianity.

The two previous capitals of Christianity – the Rome of the Vatican and the Rome of Constantinople as the capital of the Byzantine Empire – could no longer aspire to such status. After all, the first was under control of schismatics – as Orthodox Christians would view Catholics – while the second had been occupied by the Ottoman Turks since the city’s fall in 1453. That left Russia as the only place where a pure form of Christianity could reside.

At that time, no other Orthodox Christians were free of foreign rule. This undergirded the belief that the Russian land was exceptional and, as such, always set it at odds with its neighbors such as the Poles, the Turks and the Balts, who, generally speaking, were of a different faith.

The idea of Russia as an island of true Christianity, however, really gained traction in the 19th century as nationalists sought to define what made their nation and people different from – and, by implication, superior to – others. Prominent figures such as Fyodor Dostoevsky propagated this idea in his writings, as did Apollon Maikov, a famous poet who likened Russia to a besieged monastery, beset by enemies on all sides and only able to rely on itself. 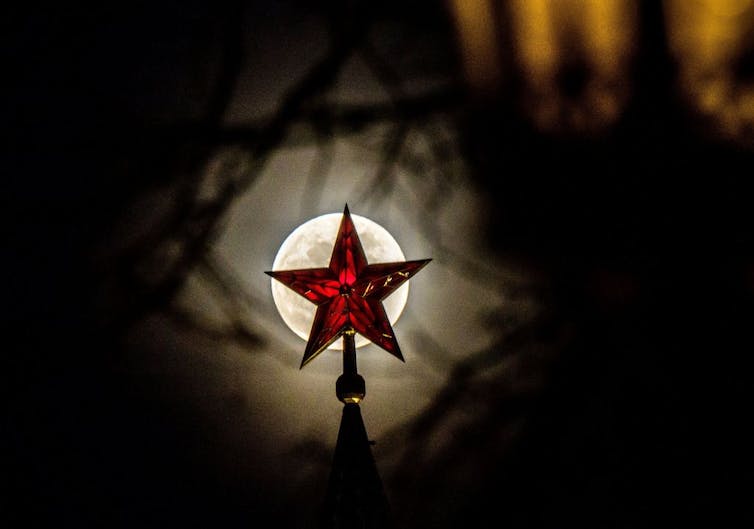 The image of Russia as a special, isolated place has been reinforced in literature and religion.

That Russia at the same time was subject to foreign invasions, most notably by Napoleon, served to link the two ideas: Russia was a special place, and for that reason, others on the outside have sought to destroy the country, its culture and its religion through any means necessary.

With the invasion of Ukraine, Putin and other Russian leaders have fully embraced this image of Russia once more.

The nation faces an “organized, disciplined attack against everything Russian,” declared Mikhail Shvydkoi, an official in the Ministry of Culture. Putin has even gone as far as to claim that boycotts against Russian literature are the equivalent of book burnings by Nazis in the 1930s.

This coy evocation of Nazi criminality not only resurrects World War II as a reference point for today, but it also aligns with Putin’s principal justification for launching his invasion over a month ago: the alleged embrace of Nazism by the Ukrainian government and subsequent “genocide” of Russian-speaking Ukrainians. The charges, needless to say, are absurd, and this motivating narrative for war has quickly fallen apart.

So Putin has turned to a more stable and, as events have shown, more viable myth to justify his actions: “Fortress Russia.”

The advantages in arguing this line are manifold. It deftly molds to the situation now at hand. Western sanctions, in seeking to isolate Russia, can also perversely confirm the country’s mythical view of itself as a special place that outsiders seek to destroy.

By this reasoning, the sanctions merely reflect the West’s continuing antagonism against Russia dating back centuries. That the invasion set these sanctions in motion can be swept under the rug.

It also paints Russia as once again defending itself against outside aggression and thereby flips the role of it being the villain in the conflict with Ukraine. It enforces the idea of Russia as the perpetual victim, always the underdog in the face of history’s injustices and inequities. Moreover, it preserves the perception of Russia as an island of goodness and beneficence in a hostile world.

The emphasis of this new narrative should not be dismissed in the West as just another propaganda ploy. As the war has turned more into a stalemate, this line, as seen in Putin’s speech of March 25, 2022, has gained more traction.

In fact, while many in Russia have opposed the invasion and some have left the country because of it, recent internal polling suggests that support for Putin has crystallized precisely around this image of him as leader on the nation’s ramparts defending their vital interests. If this trend continues, then – at least in terms of self-image and self-esteem – the nation might have found a satisfactory ending no matter what outcome might come from the war.

For the “Fortress Russia” myth will always have the country land on its feet – even in defeat.

[Get The Conversation’s most important politics headlines, in our Politics Weekly newsletter.]