'I haven't even read it': GOP senators are wary of the Jan. 6 commission — but they're clueless about it 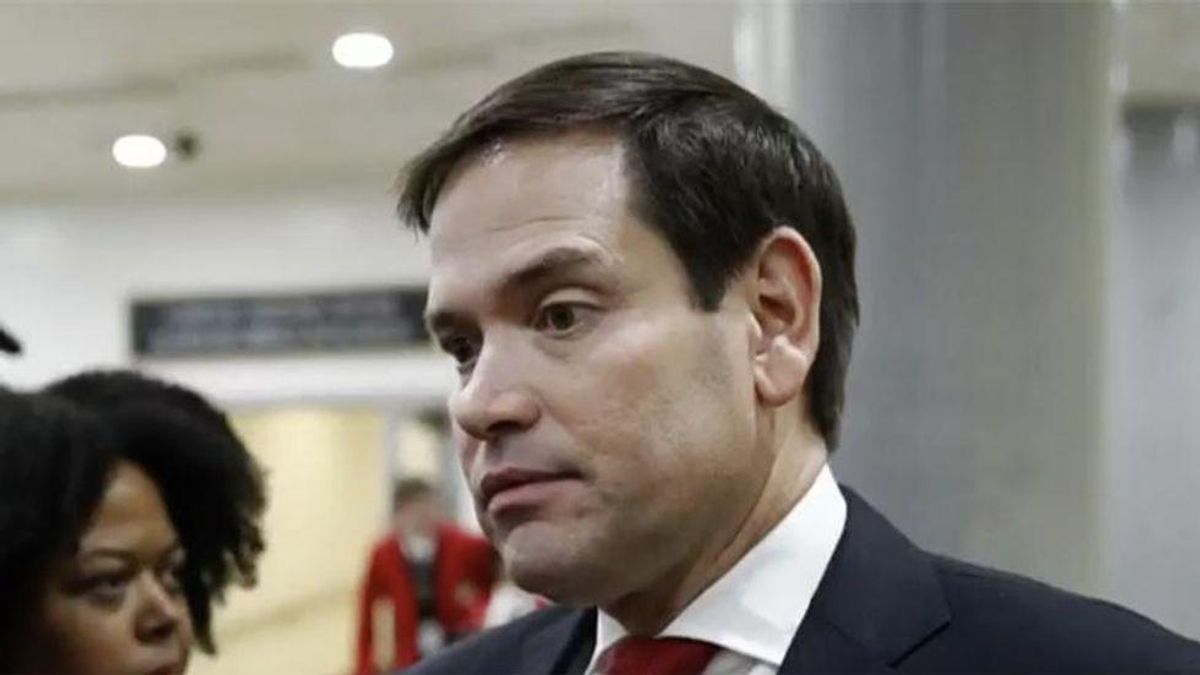 This week, the U.S. House of Representatives passed a bipartisan bill by a vote of 252-175 to establish a commission on the January 6 assault on the U.S. Capitol Building. Rep. John Katko of New York State, a conservative Republican, played a key role in crafting the bill, which was approved by all House Democrats and 35 Republicans.

But the bill now faces an uphill climb in the U.S. Senate, where Minority Leader Mitch McConnell has come out against it. And journalist Haley Byrd Wilt, in The Dispatch, reports that most Senate Republicans appear to be joining McConnell in that opposition.

Because of the rules of the filibuster, the bill will need at least 60 "yes" votes. Democrats have a majority in the Senate, but it's a narrow one. The bill needs ten or more Republican votes to become law.

Abolishing the filibuster would make it easier to get the bill through the Senate. But while Sen. Joe Manchin of West Virginia, the Senate's most conservative Democrat, is in favor of a January 6 commission, he is opposed to ending the filibuster.

Wilt explains, "Most Senate Republicans are opposed to the House's proposed independent commission to look into the January 6 attack on the Capitol and the events leading up to it. They're just not exactly sure why."

She argued that nearly all of the arguments Republicans brought up in opposition to the committee are based on misperceptions about what the legislation actually entails:

The legislation the Senate will soon consider was negotiated by the top Democrat and top Republican on the House Homeland Security Committee. It's miles apart from Pelosi's first proposal. It follows closely in the footsteps of the 9/11 commission. Members would be limited to those who are not currently serving in government. The panel would be evenly divided and Democrats wouldn't be able to do much of anything without Republican support. The GOP appointees would have equal say in where the probe goes and who gets subpoenaed. These were the two main demands from Republicans, and Democrats agreed to them. It also has a December 31, 2021 deadline for a final report—ensuring it wouldn't drop in the thick of the 2022 midterm elections.
Rep. Don Bacon, one of the 35 House Republicans who bucked GOP leadership to support the commission, summarized it like this: He voted for the bill, he said, because Democrats "basically gave us what we wanted."

Ironically, some of the Republicans say they just want congressional committees to take the lead in investigating the events — even though those committees are much more unilaterally controlled by Democrats than the commission would be.

But mostly, based on the comments to The Dispatch, the Republicans in opposition just seem uninformed and uninterested in the details.

Sen. Marco Rubio of Florida told The Dispatch, "If you're going to turn a commission into a political partisan weapon — you know, use it to subpoena people to embarrass them, use it to want to make allegations that might prove useful in the 2022 elections — you're actually contributing to the problem. My general feeling is that if we can have a serious examination of the events leading up to, occurring, and in the aftermath of that day, we should do it."

Rubio also admitted of the legislation: "I haven't even read it," even though, as Wilt explained, it has been available since Friday, it could be easily outlined within minutes by a staffer, and has been the subject of debate for months.

Others didn't seem to get the point or the details of the legislation, either, even though previously many Republicans had endorsed the idea of the commission. The truth seems to be just that they don't want the events to be a focus of public attention because they will make the Republican Party look bad. They're not interested in addressing the danger posed to American democracy.

Sen. James Lankford of Oklahoma told The Dispatch he won't support a bill if its purpose is to "just to go after President Trump." And Sen. Mike Rounds of South Dakota told The Dispatch that he hasn't ruled out the possibility of voting for the bill, but he didn't sound enthusiastic about it either.

Sen. Susan Collins of Maine told The Dispatch she plans to discuss the details of the bill with Democrats but said, "The concept of a commission is a good one and would help answer some unanswered questions as well as give us some lessons learned."

According to Wilt, "There's not much that could change the minds of most GOP senators (about the bill)…. Democrats would need to win over at least 10 Senate Republicans to pass the commission into law. With unified opposition from Republican leaders on Capitol Hill and Trump threatening 'consequences' for those who break with the party line, that's looking unlikely."