‘I’m not going to let you die’: San Diego deputy overdoses after coming in contact with fentanyl 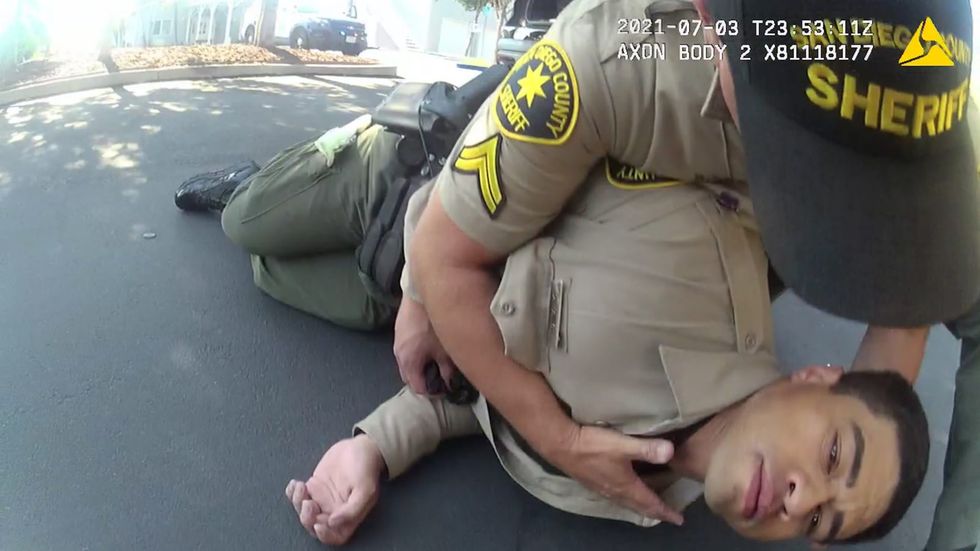 SAN DIEGO — The accidental fentanyl exposure hit Deputy David Faiivae quickly. It was an overdose. He was dying. A body-worn camera caught the moment Faiivae collapsed flat on his back in a San Marcos parking lot last month, seconds after he finished testing a white powder he’d suspected was either cocaine or fentanyl. The sheriff’s deputy stared into the sky, his lungs locked as he struggled for air. If not for a quick-thinking partner, he would be dead. Faiivae’s near-fatal overdose July 3 was the subject of a four-minute video released by the San Diego County Sheriff’s Department this week....