‘I’m trying to hang in there,’ says mom of 13-year-old boy fatally shot by police in Chicago 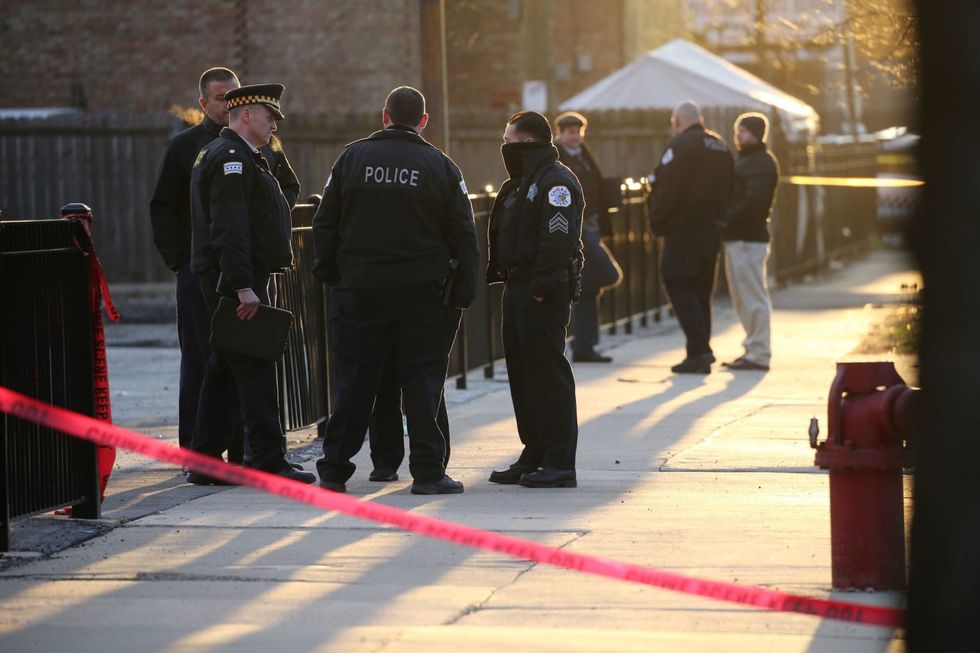 Police work at the scene on March 29, 2021 where a Chicago police officer fatally shot a person near the corner of West 24th Street and South Sawyer Avenue, behind Farragut Career Academy High School. - Antonio Perez/Chicago Tribune/TNS

CHICAGO – The person fatally shot by a Chicago police officer early Monday during what police said was an “armed confrontation” has been identified as a 13-year-old boy, officials said. Adam Toledo, of the 2700 block of South Millard Avenue in Little Village, died of a gunshot wound to the chest, according to Cook County medical examiner’s office spokeswoman Brittany Hill. Toledo was pronounced dead at the scene, and his death was ruled a homicide. Another representative for the medical examiner’s office said that according to its records, the boy wasn’t identified until Wednesday. She would n...