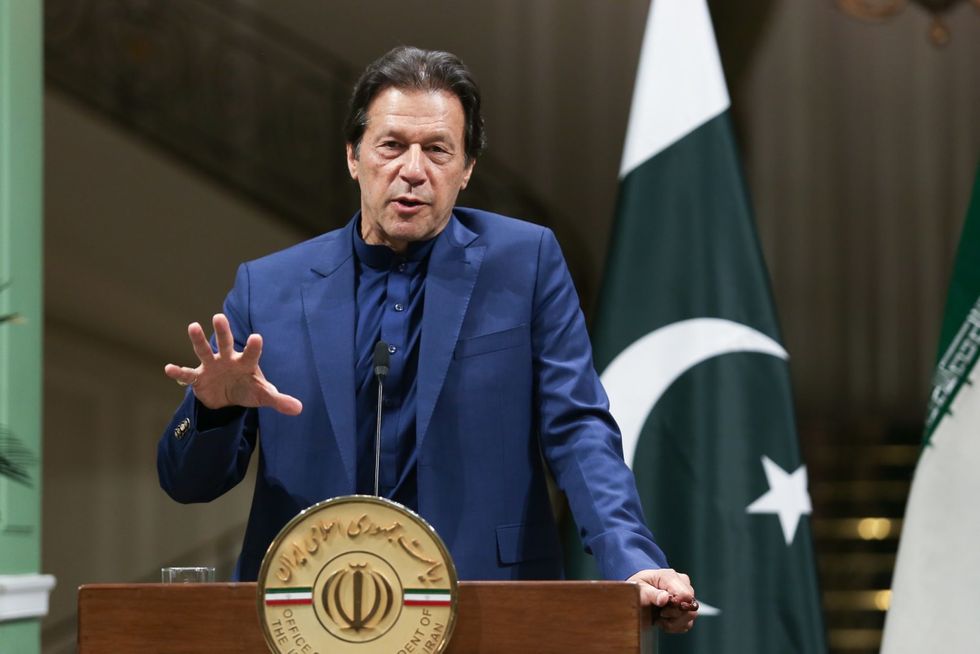 Pakistan's political opposition on Wednesday ratcheted up pressure on Prime Minister Imran Khan to step down as his ruling alliance lost its majority in the country's parliament ahead of a tabled no-confidence motion.

Another party withdrew from Khan's coalition government on Wednesday, depriving him of the necessary votes to survive a vote of no confidence expected on Friday or Monday.

Several members of Khan's party had already defected to the opposition and at least two parties that had previously supported Khan switched sides, throwing the prime minister's future into doubt.

"You have lost the majority. You must resign now," opposition leader Shehbaz Sharif said.

Khan promised to rebuild Pakistan's troubled economy and eradicate corruption after he came to power in controversial elections in 2018.

But his popularity nosedived as the economy faltered, with soaring inflation and poverty rates.

Khan subsequently accused the West of hatching a conspiracy against his government due to its pro-Russia and and pro-China stance.

Khan's ouster would mean that no prime minister has yet completed a single full term in office in Pakistan’s 75-year history, which has been marred by frequent military coups.