In U.S. redistricting fight, citizens come armed with a new weapon: their own maps 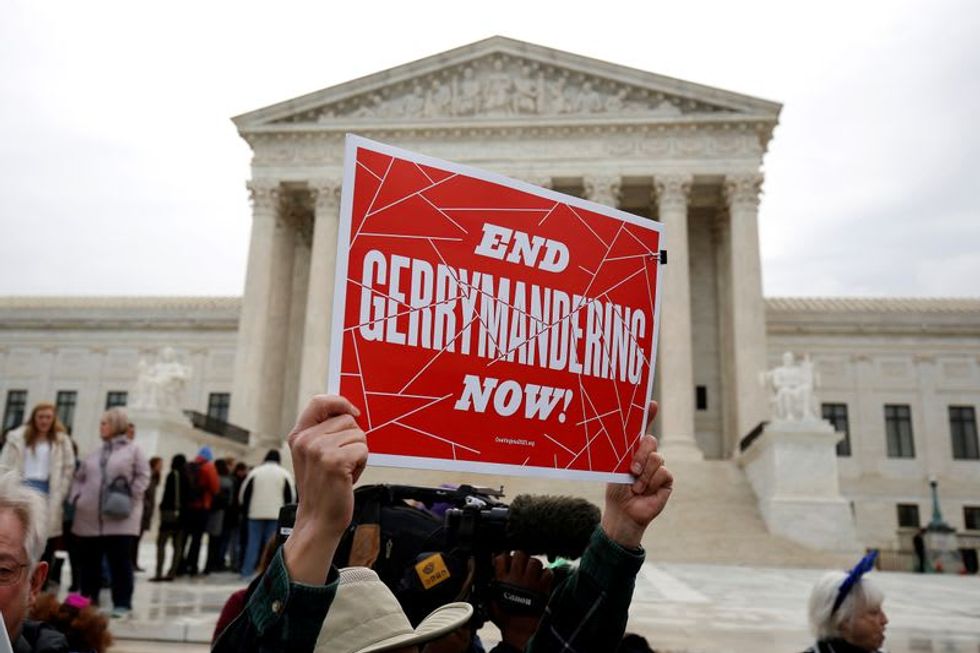 (Reuters) - On a recent evening, Tyler Daye, an organizer with Common Cause North Carolina, hosted an online seminar for residents of the city of Wilson on an important but arcane topic: redistricting.

With the help of publicly available mapping software known as Districtr, Daye clicked through maps of federal and state voting districts, showing how in each case Republican lawmakers in 2011 neatly cleaved the city in two, dividing the largely Black eastern half from the mostly white western half.

"When your communities are split, your voting power and representation is split as well," he told attendees. "This attacks the very backbone, the very core of our democratic system, which is having the voters, the citizens, picking their legislators. Through this system, it's the other way around."

The once-a-decade process of redistricting has long been a back-room affair in many states, with lawmakers carving out skewed, politically advantageous voting districts with the help of proprietary software that can sort voters down to the individual block.

As states begin the 2021 redistricting cycle, however, legislators face a powerful new check: a suite of freely accessible map-making tools that allow ordinary citizens to draw their own lines and evaluate those proposed by lawmakers for any partisan bias.

Advocacy groups say the new technologies are transforming their fight against gerrymandering, a tactic used by one political party to manipulate district lines to maintain power. The groups' efforts are bolstered by redistricting labs housed at universities including Princeton and Tufts, where experts have developed new ways to measure gerrymandering.

"I think that's ground-shifting," said Michael Li, a redistricting expert at New York University's Brennan Center for Justice. "You'll have thousands of maps out there."

The redistricting battle effectively began on Thursday, when the U.S. Census Bureau released data https://www.reuters.com/world/us/us-release-census-data-used-legislative-redistricting-2021-08-12 from its 2020 count that states use to draw both U.S. House of Representatives and state legislative districts for the next decade.

It promises to be a brutal, high-stakes fight. Control of the House - where the Democrats hold a narrow majority - could be decided simply through redistricting https://www.reuters.com/article/us-usa-politics-redistricting/how-the-battle-over-redistricting-in-2021-could-decide-control-of-the-u-s-congress-idUSKBN2AI1CX. Republicans are expected to create more favorable maps in Georgia, Texas, Florida and North Carolina, while Democrats may counter with their own gerrymandering in states including Illinois and New York, according to election analysts.

In states like Missouri and Michigan, activists and residents are submitting hundreds of maps to lawmakers and redistricting commissions. Organizers are employing map software to mobilize citizens against gerrymandering. And some groups are using mapping contests to assemble "citizens map corps" to press their case at the local level.

"It's almost like a light-bulb moment," said Bob Phillips, the executive director of Common Cause North Carolina, a voting rights organization. "We feel we've been able to reach people in ways we never have."

It remains to be seen whether reform groups can succeed in blocking gerrymanders, given that in most states legislators have the final say in redistricting. A sweeping federal voting bill backed by Democrats would outlaw partisan gerrymandering for congressional districts, but the legislation appears to have no path forward in the Senate.

Even if gerrymanders are enacted, however, advocates say their work could strengthen potential court challenges. It could also lay the groundwork for the future by engaging the public and calling out lawmakers' manipulation, they say.

Twelve years ago, Dave Bradlee, a former Microsoft software engineer interested in redistricting, discovered there was no free software available online where people could try their hand at drawing district maps. So he designed his own.

"The level of awareness of redistricting, especially now – a lot more people are aware of it, and they can see what used to happen in that so-called 'smoke-filled room,'" Bradlee said.

Other applications have since launched, including Districtr, backed by a redistricting lab at Tufts University; DistrictBuilder, founded by researchers at the University of Florida and the Massachusetts Institute of Technology; and Representable, housed at Princeton University.

More than 125 organizations have launched "mapping drives" using Representable, including Fair Count, which has been hosting "Mapping Mondays" workshops in Georgia with an emphasis on reaching rural Black communities.

The Southern Coalition for Social Justice is holding dozens of seminars across eight states that include how to identify gerrymanders using mapping software, said Jeff Loperfido, the group's senior counsel.

Other groups have created mapping contests as an organizing tool. In Pennsylvania, winners of Draw the Lines PA's competitions helped form a citizens map corps that meets monthly to discuss submitting testimony and maps to lawmakers.

"It makes it way harder for politicians to get away with what they have in the past, which is to draw these maps behind closed doors," said Kyle Hynes, 17, a statewide winner.